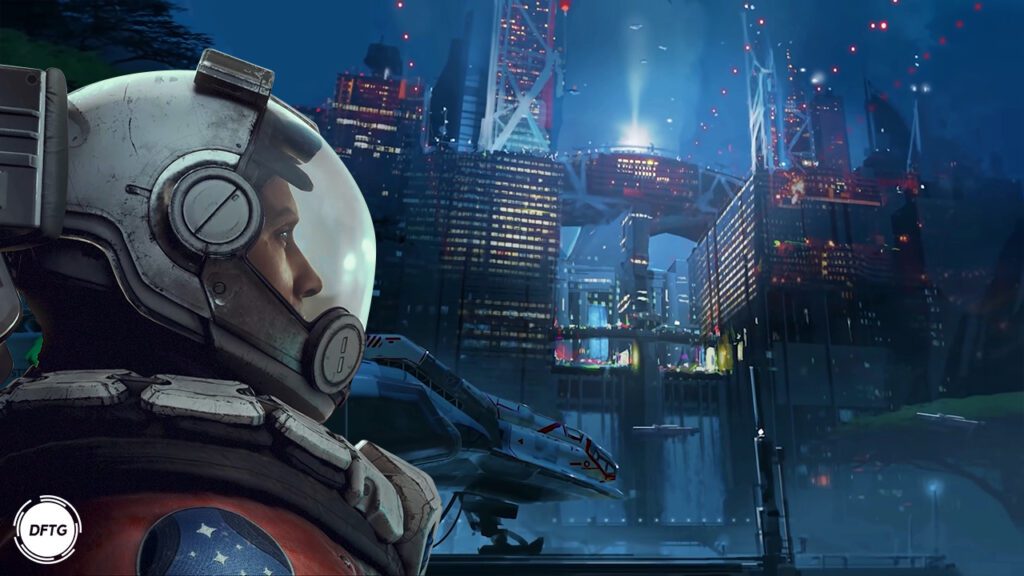 While the initial wait for Bethesda’s Starfield was surely arduous, the sci-fi RPG’s new release date reveal has ushered in a much more informative era for fans of the upcoming title. We know the game is set to be a Microsoft exclusive and the plot is set to feature an epic journey among the stars. Even with over a year left until release, Bethesda has now unveiled several new concept art videos detailing a few alien worlds players may visit in their wide-reaching expedition.

First up is New Atlantis, and no, it’s not underwater. The locale is posed as ​​the capital city of the United Colonies, a large interstellar collective similar in scope to Mass Effect’s Alliance or Star Trek’s Starfleet. The UC is said to be the game’s “most powerful established military and political faction” with New Atlantis featuring a melting pot of ​​”every race, creed, and ethnicity” and representing ​​a “true reflection of the future of our world.”

Next up is an alien city called Akila, a tundra-like setting cited as the capital of the ​Freestar Collective, a small three-system confederation characterized by a large enveloping wall and a unique population who “believe in the sanctity of personal freedom and individuality.” Opposite the wall is said to be the wild Ashta, a race of deadly alien predators described as “a cross between a wolf and a velociraptor.” Well, I didn’t need to sleep tonight.

Finally, the oceanic “pleasure city” of Neon is a Las Vegas / Amsterdam-type sector offering, let’s say, “unique” experiences for its legions of regular visitors. The city sits atop a massive fishing platform that stopped spreading its nets after discovering a fish species with “psychotropic properties.” Realizing the monetary potential, the company behind the vessel shifted to manufacturing and selling the fish as a mind-bending drug call ​​Aurora, which, naturally, would only be legal in Neon.

What do you think? Are you loving all these new looks at Starfield, or has nothing yet beat that initial trailer tease? Let us know in the comments below and be sure to follow Don’t Feed the Gamers on Twitter and Facebook to be informed of the latest gaming and entertainment news 24 hours a day! For more space-faring headlines recently featured on DFTG, check out these next few news stories: