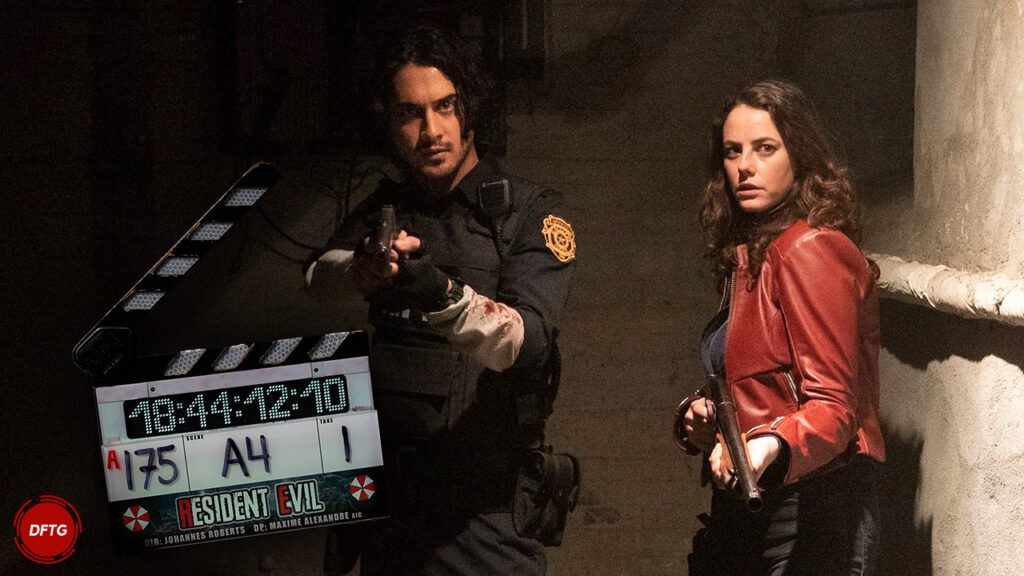 While we’ve known about Screen Gems and Constantin Film’s new Resident Evil movie for what feels like years at this point, the first official look at the rebooted adaptation has now been unveiled. As revealed in an exclusive with IGN, three images from the live-action production show off several characters, including the new big-screen ensemble of Leon and Claire, as well as Albert Wesker, Jill Valentine, and Chris Redfield.

As shown below, the first image depicts actors Avan Jogia and Kaya Scodelario as Leon and Claire, with the former donning his iconic RCPD uniform and the latter donning her distinct red leather jacket. Played by Robbie Amell, Claire’s brother Chris features in the second image alongside Hannah John-Kamen as Jill and Tom Hopper as Wesker leading the pack inside Spencer Mansion. The third image is rather creepy, showing a ghost-like iteration of character Lisa Trevor (Marina Mazepa) treading the halls of the haunted dwelling.

As we’ve come to know so far, the new Resident Evil movie, officially titled Resident Evil: Welcome to Raccoon City, is set up as an adaptation of the first two RE games, chronicling a handful of survivors as they navigate the outbreak of the mutagenic t-Virus in Raccoon City. From the get-go, the project has differentiated itself from the action-packed Milla Jovovich-led films of old, this time focusing on the characters, themes, and aesthetic set by Capcom’s survival horror video games – the RE2 remake in particular.

​​”I was hugely influenced in particular by the remake of the second game and I really wanted to capture the atmosphere-drenched tone that it had,” Resident Evil movie director Johannes Roberts said in a follow-up IGN interview. “It was so cinematic. The previous movies were very bright and shiny whereas this movie was dark and grimy, entirely shot at night. It’s constantly raining and the town is shrouded in mist.” 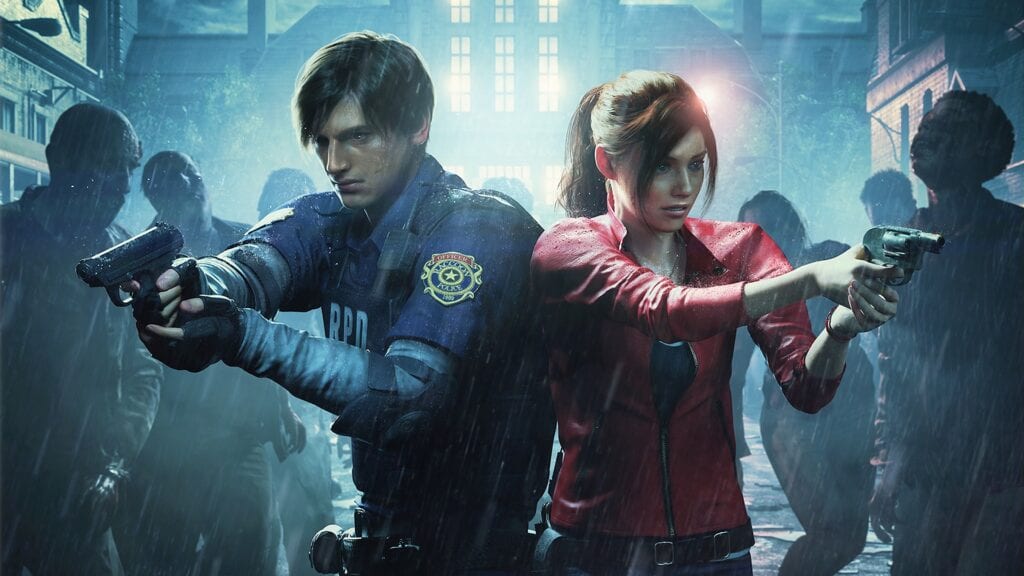 Building atop the film’s horror focus, the ‘Welcome to Raccoon City’ production “worked closely” with Capcom to keep the spirit of the games alive, with locations like Spencer Mansion and RPD station recreated from 1:1 designs of the games. In addition. Roberts attested the film’s “old-school retro” feel, citing strong horror influences from genre classics like The Exorcist, Don’t Look Now, The Shining, as well as ​​John Carpenter’s twisted creature feature, The Thing. As such, the film’s effects are said to utilize “a mixture of prosthetics, CGI, and creature performers.”

“You can really feel the texture in this movie. Nothing in this town feels hi-tech. It feels dilapidated. I wanted Raccoon City to feel a bit like the town in Deer Hunter; a ghost town forgotten by the rest of the world. And the whole structure of the film was definitely very influenced by Assault on Precinct 13,” Roberts said of the film’s practical aesthetic. “​​You’ll immediately recognize the creatures from the game but hopefully, we’ve gone beyond the game in terms of making these terrifying creations feel like they really could exist in real life.” 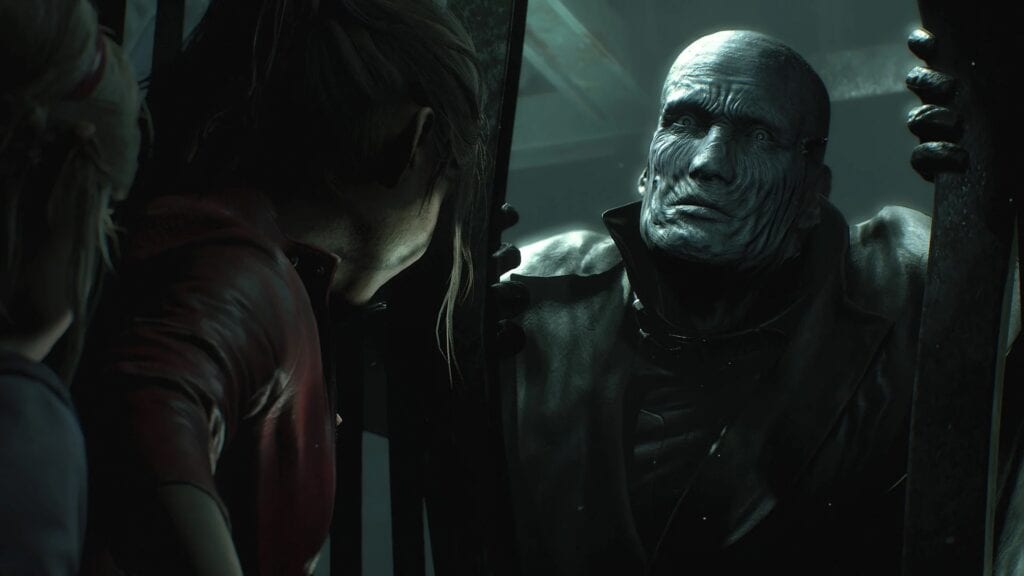 While adhering to the original games was stated as being a”guiding star” for Roberts and the production, the filmmaker also expressed that he didn’t want to simply “put the game on screen,” with the film’s diverse cast being the most apparent reinterpretation featured in the big-screen project. After memorable roles in high-budget outings like Ready Player One and Ant-Man and the Wasp, Roberts said he knew actress Hannah John-Kamen would be “perfect” as Jill, but recalled a particularly tough experience before finding the film’s Leon, Avan Jogia.

“We must have seen so many people – it was really quite a tricky role because of the balance of humor and weariness. Then Avan read and I was like he’s the one! He gets it.”

While this is our first official look at Resident Evil: Welcome to Raccoon City, this has hardly been our first peek at the approaching live-action adaptation. The movie certainly packs quite an exciting cast, the project already has a teaser poster, and leaked set images have shown a peek at several recognizable locations and scenes replicated from the games. While filming has been wrapped for months, the film’s release was unfortunately delayed for a short while, but the Resident Evil movie is now on track for a theatrical release on November 24th.

What do you think? Are you excited for the new Resident Evil movie reboot, or will you still hold a special place in your heart for the Milla Jovovich movies? Let us know in the comments below and be sure to follow Don’t Feed the Gamers on Twitter and Facebook to be informed of the latest gaming and entertainment news 24 hours a day! For more movie and TV headlines recently featured on DFTG, check out these next few news stories: