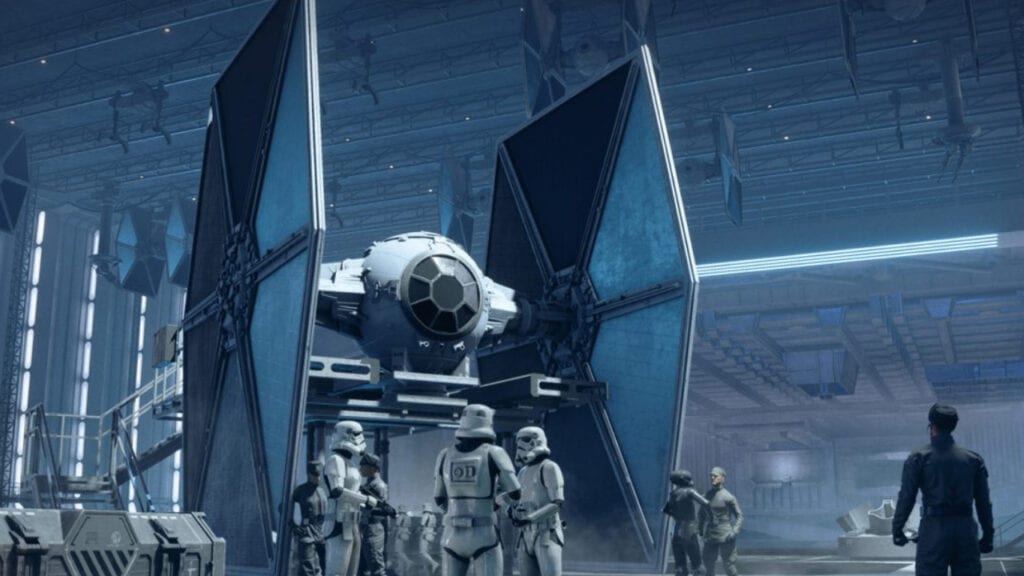 During EA Play Live last month, Electronic Arts and various developers presented brand new games like Lost in Random, Apex Legends for the Nintendo Switch, and one of their latest Star Wars games – Star Wars Squadrons. In addition to previously confirmed information like crossplay, VR, and customizable ships, EA and Motive revealed that players can take customizations further with their HUD, mechanics, and more.

To elaborate on the customization options in Star Wars Squadrons, Ian S. Frazier sat down with IGN Japan. Not only can players customize and decorate their ships and cockpits with realistic effects, they can strip it down for a less distracting gameplay experience.

“Some players aren’t going to want to see any of that,” Frazier admitted in the interview. “It won’t matter how plausible it is, they just want to keep it to exactly what we’ve seen in the films, no more and no less, and we totally get that. And so we have an option in the game to hide everybody else’s cosmetics. So if you flip that on, then all of a sudden, if you want to put a racing stripe or whatever on your own TIE Fighter, you’ll see it, but everybody else’s is just going to look like a normal boilerplate TIE Fighter for you.” 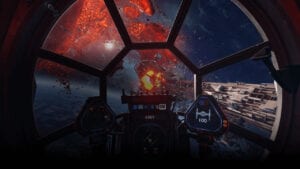 Advanced mechanics like the power management system that shows players how to best direct resources to shields, weapons, and engines can be adjusted to suit personal preferences. Frazier said the team has kept it “relatively basic” by default, but it can be as complex or simple as players want it to be. “By default, we keep that relatively basic,” Frazier explained. “If I hit a button, I will instantly max a given system. Our more advanced players could turn that into advanced power management, and they’re individually managing pips of power from one system to another. But that’s not the experience that we give to an average new user.””

In terms of customization during the story made portion of Star Wars Squadrons, players can choose from the standard or hardcore experience – the former of which provides functional user interfaces to help navigate space. The hardcore experience on the other hand strips all of it down. 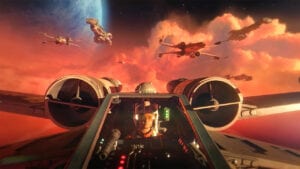 Frazier said, “When you start the story, we ask if you want the standard experience – which we’d expect most players to take – or a hardcore mode, which gets rid of a bunch of UI that helps you localize yourself in space, and makes you rely entirely on the readouts in the cockpit. So for the folks that are newer to the genre, I’d expect them to play standard, and for the folks that have tonnes of flight experience, they might want to try that out.”

Suffice to say, Star Wars fans that have always wanted a realistic simulation of what it’s like to be in a ship like a TIE fighter – Star Wars Squadrons can be an absolutely wonderful experience. Star Wars Squadrons will offer campaign and multiplayer modes, which is slated for October 2nd on PlayStation 4, Xbox One, and PC.

What do you think about Star Wars Squadrons? Is this something that completely disinterests you or are you excited to see what kind of experience EA and Motive are bringing to the table? Let us know what you think in the comments section below or start a conversation on Don’t Feed the Gamers Facebook page. To stay up to date on gaming and entertainment news as it happens, follow us on Twitter! Here are some of our latest: