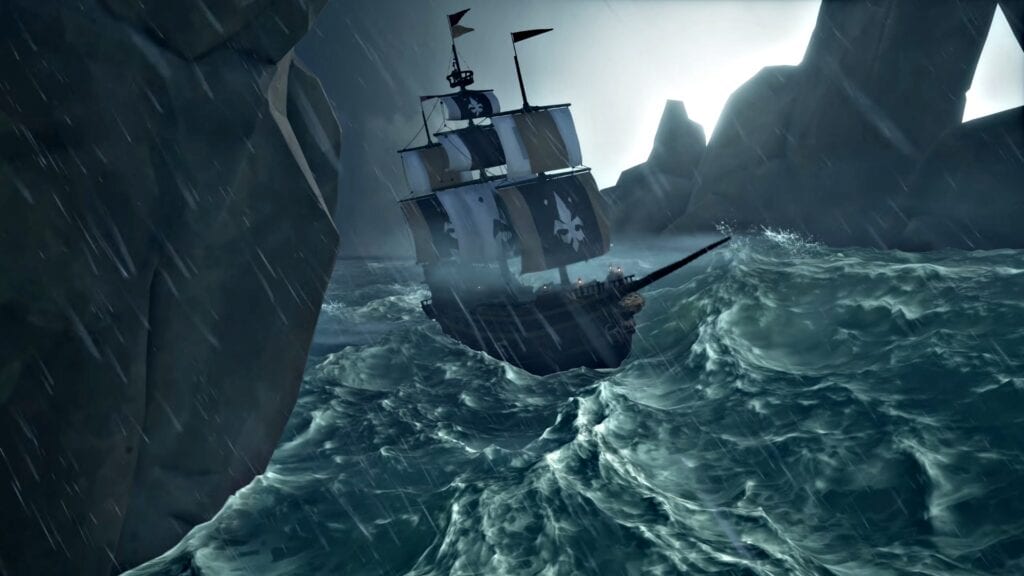 One of the features that stood out the most in Sea of Thieves was the beautiful graphics, water, and atmosphere. It then comes as no surprise that the developers are showcasing the details about the weather system, water, and overall world physics. Inn-Side Story, a series of weekly videos where developers break down aspects and characteristics of the game in detail. This week, Senior Designer Shelly Preston and Principal Technical Artist Valentine Kozin unwrap storms. When players voyage the sea, one of the most dynamic and precarious is the weather, which is supposed to give you a sense danger and still instill a desire for adventure. Check out the Sea of Thieves preview on storms below:

Because the system that we’ve done with the storm cloud and the whole thing, it’s really trying to sell this idea of vulnerability and exposure. That kind of goes beyond just sort of visual of ‘it’s dark and there’s big waves’, but it’s also all this kind of spray flying at you, flying off the waves. This wind, which is constantly blowing at you and you can actually see the wind affecting the direction of the rain.”

In other words, storms are nothing to be underestimated, but they should be seen as a challenge. As Preston and Kozin continue, they unravel the realistic physics behind sailing in raging and tumultuous seas. Waves get bigger, decks and cabins flood, and rain drips through the cracks in walls and ceilings. Additionally, navigating the ship becomes a more demanding task as the crests crash against you. Depending on how long the player’s crew must weather the storm, players may eventually be required to continuously scoop water out of the ship by the buckets.

So, aside from the gorgeous visuals surround the ship, there’s now a reason for it all. From clouds, to waves, and rainfall – all of these details play a part in the player’s adventure in Sea of Thieves. What do you think of the previews, trailers, and information on the game so far? Did the Sea of Thieves preview bring more insight on the dangers you may face? Feel free to let us know in the comments section below or start your own conversation on Don’t Feed the Gamers official Facebook page. To stay up to date on gaming news 24/7, follow us on Twitter! Here are some of our latest: 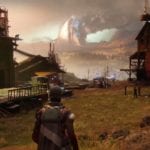 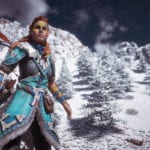