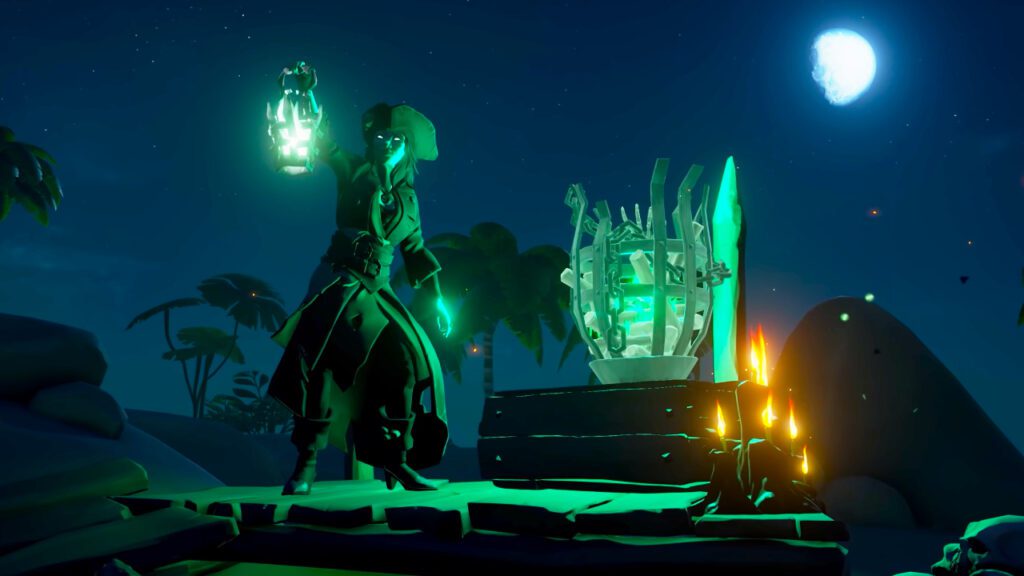 As recently promised by Rare, the arrrr-bellowing and plunder-hunting pirate simulator Sea of Thieves is preparing its “biggest year yet” in 2022. Having already secured a Kraken-sized player count of 25 million players and last year’s unforgettable Jack Sparrow collaboration, the developer now has a treasure trove of content scheduled throughout the remainder of the year, running through the next season and reaching as far as Season 9.

As unloaded during an especially super-sized developer livestream, Rare detailed the arrival of two new overarching story updates, Adventures and Mysteries, as well as the rollout plans for the approaching Season 6. On deck to release this March, Sea of Thieves’ sixth season is highlighted by new marine structures called Sea Forts, which will function as “mini-raids” as players battle phantoms and Sea Fort captains for assorted treasure and rewards.

Six of these towering Sea Forts will be visible across Sea of Thieves, with each themed around its particular setting. The structures will also vary in three different types, with some themed around prisons, others on abandoned forts covered with vegetation, and another bearing a Spanish style with a more lived-in aesthetic. It’s currently unknown how, but Sea Forts will also factor into the season-long Adventure storyline, Shrouded Islands. 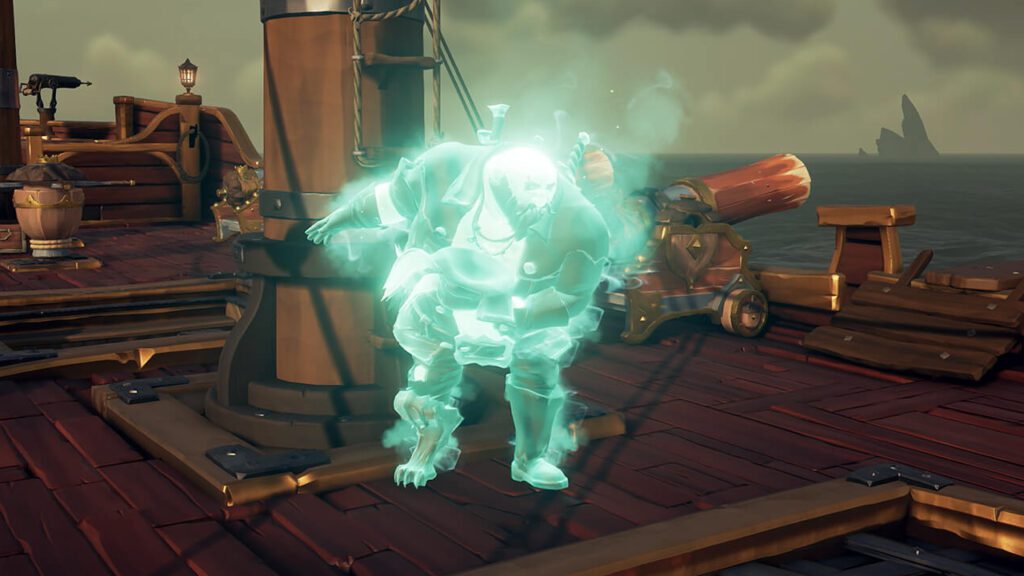 Alsongside Sea Forts, replayable voyages are coming to Pirate Legends for Season 6, offering new randomized challenges that will also somehow fold back into the overarching narrative. Also, March will also unfortunately see the departure of The Arena mode following its introduction in 2019. Citing the “difficult” decision, Rare explained only 2% of players participated in the mode on a regular basis and the team wasn’t able to justify the mounting development resources. The mode will officially close down on March 10th. 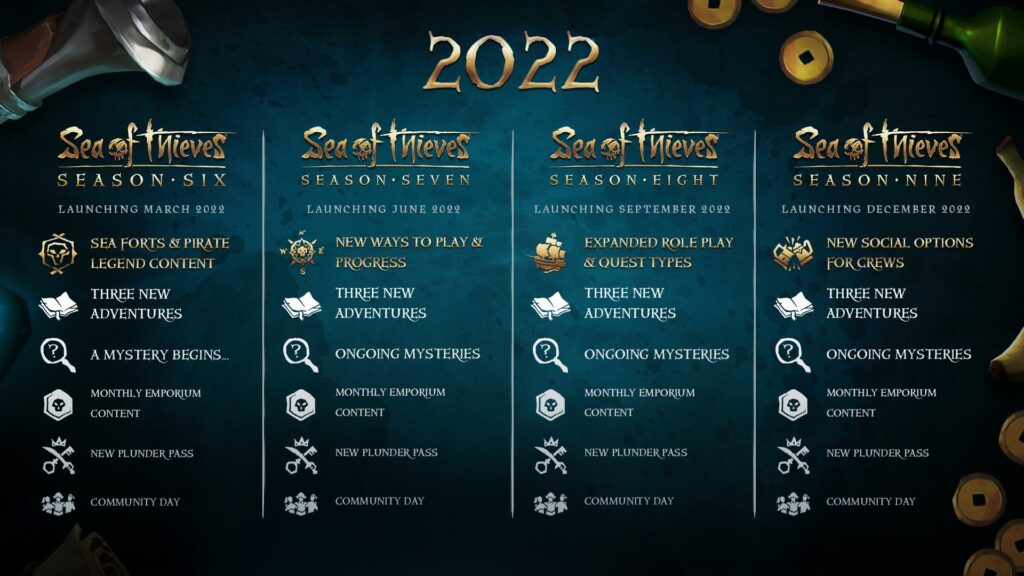 With all this Season 6 information in the bag, Rare also let loose a general rodmap spanning the rest of 2022. While not particularly detailed, Seasons 7 through 9 were given the proper release windows of June, September, and December accordingly. Also confirmed were such features as “new ways to play & progress” in Season 7, “expanded role play & quest types” in Season 8, and “new social options for crews” in Season 9. On top of that, three new Adevntures, monthly Emporium contests, and ongoing mysteries will be doled out across each season.

What do you think? Are you excited for the epic 2022 ahead of Sea of Thieves? What are you looking forward to the most? Were you one of the 2% who used The Arena mode? Let us know in the comments below and be sure to follow Don’t Feed the Gamers on Twitter and Facebook to be informed of the latest gaming and entertainment news 24 hours a day! 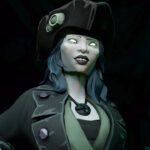