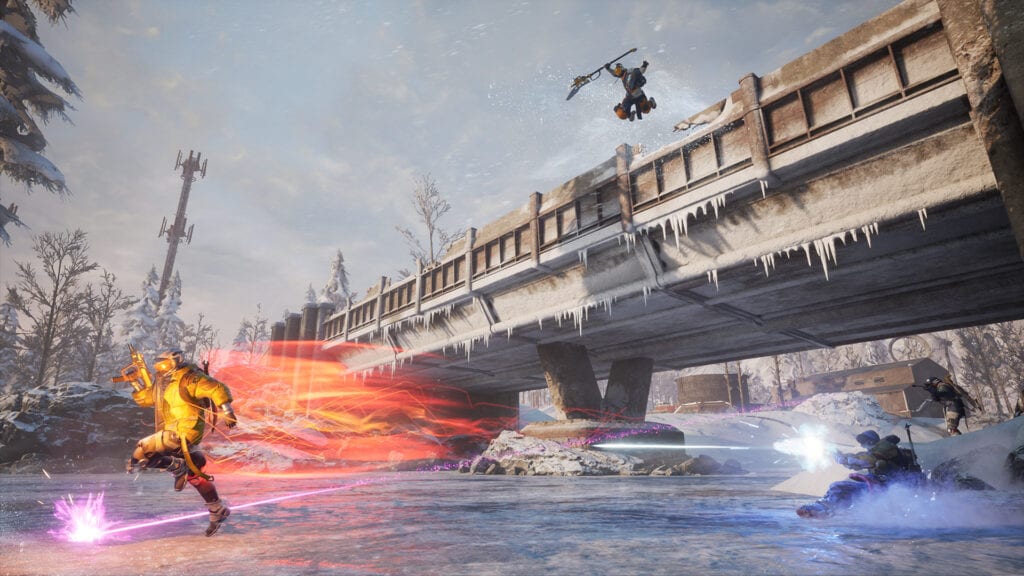 The battle royale market has become increasingly saturated with titles since the booming popularity of PUBG and Fortnite, with many rising to the top. Others, not so much. That said, one game that looks to be a promising prospect with a hybrid approach is none other than Scavengers, which happens to officially be in early access on PC.

Midwinter Entertainment recently ran a Twitch Drop event, which saw many streamers playing the new battle royale title and viewers having the ability to earn a key to play after watching a stream for 30 minutes. Unfortunately, the event ran into a hiccup, leaving many viewers without a key to play Scavengers. This led to the devs handing out keys for the Epic Games Store version of game, which ultimately resulted in some server issues.

See you all in Cascade Springs, and be sure to watch our deep dive gameplay trailer if you missed it!

To remedy this issue, the dev team was kind enough to open the gates for all on PC. That’s right, Scavengers is officially available to play in early access on PC via Steam and the Epic Games Store. The free-to-play game sees teams of three Explorers compete in PvPvE combat and see who can come out on top. Explorers will be able to arm themselves with various abilities and weapons to help in their efforts to be victorious.

Scavengers is currently available in early access on PC via Steam and the Epic Games Store, with PlayStation 4 and Xbox One versions set to arrive at some point in the future. Keep it tuned to Don’t Feed the Gamers as this story develops, and for other gaming goodness going on right now, check out the following:

What say you, gamers? Will you be checking out Scavengers now that it is available in early access? Do you believe the battle royale genre is beginning to slow down, or is it just getting started? Sound off in the comments section below, and be sure to follow DFTG on Twitter for live gaming and entertainment news 24/7!