Now that Resident Evil Village has arrived, players have been taking to the latest entry in the series to continue Ethan’s story, meet the Internet’s new mother, and provide a bit of joy through the use of mods. We’ve seen enemies turned into Barney, Lady Dimitrescu become Thomas the Tank Engine, and thanks to a recent mod, we get to see Chris Redfield become a baby.

JTeghius Kittius has taken to Nexus Mods to reveal their handy work with the recently released Resident Evil Village. The mod itself is pretty straight forward: it turns Chris Redfield into a baby. “This was a dumb joke that popped into my head so I had to do this,” Kittius said. They also note that since the in-game baby has facial animations, those do carry over to the much-smaller-than-usual Redfield.

In order to make the Resident Evil Village mod work, players will need to make sure they have Fluffy Manager. As can be seen in the images above, the mod, aptly named Mini Me Chris, essentially replaces Ethan and Mia’s baby with Chris Redfield’s character model, resulting in a humorous scenario that is sure to get a chuckle or two out of players. Plus, there is the paradoxical-esque situation of full-size Chris holding baby Chris, which will likely cause ripples throughout the Resident Evil universe for years to come. Okay, probably not.

What say you, gamers? Are you going to be downloading this mod that turns Chris Redfield into a baby in Resident Evil Village? Which other types of mods are you anticipating for the recently released game? Sound off in the comments section below, and be sure to follow DFTG on Twitter for live gaming and entertainment news 24/7! 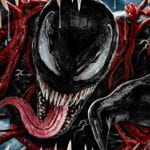 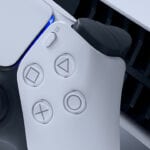