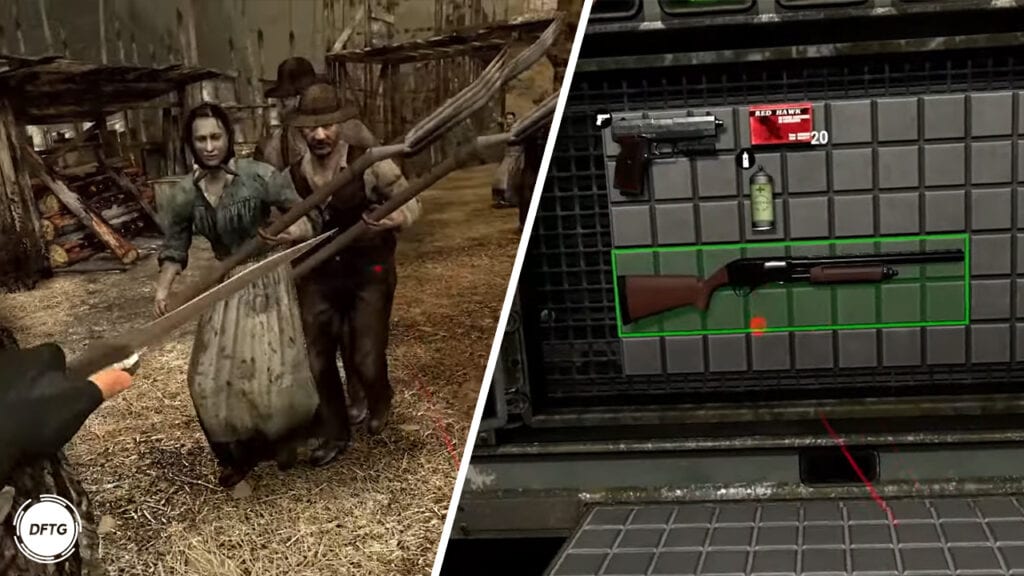 The latest Resident Evil Showcase may have largely focused on the upcoming Resident Evil Village, but the presentation’s final moments also brought focus to another project set in the RE-verse: the previously-rumored Resident Evil 4 VR. Bringing the classic survival-horror shooter into the realm of virtual reality, Capcom has partnered with Oculus and developer ​​Armature Studio to adapt the 2005 title for use on the new Oculus Quest 2 headset.

Facebook executive producer Mike Morishita and Facebook Reality Labs VP of Content Mike Verdu dropped the first details about the project during the RE showcase. Offering a new first-person view, Resident Evil 4 VR was touted as being ​​”enhanced for a modern audience,” and presenting ​​”the world of Resident Evil in a new medium.” Accompanying footage also offered a first look at the new VR experience in action, showing Leon dual-wielding weapons, typing on a typewriter, and accessing the game’s 3D inventory screen in the realm of VR.

Resident Evil 4 is one of the most beloved entries of Capcom’s entire RE catalog, so a VR port would surely have a precarious balancing act ahead of them in order to keep fans happy. The above first footage definitely looks interesting and appears to be making unique use out of its new VR space. More about Resident Evil 4 VR is set to be revealed at this month’s Oculus Gaming Showcase on April 21st, with “additional gameplay footage” ​as well as some behind-the-scenes details teased for the streaming presentation.

What do you think? Are you interested in seeing what Resident Evil 4 VR is all about, or are you more interested in what Capcom has in store for its rumored Resident Evil 4 remake? Let us know in the comments below and be sure to follow Don’t Feed the Gamers on Twitter and Facebook to be informed of the latest gaming and entertainment news 24 hours a day! For more VR headlines recently featured on DFTG, check out these next few news stories: