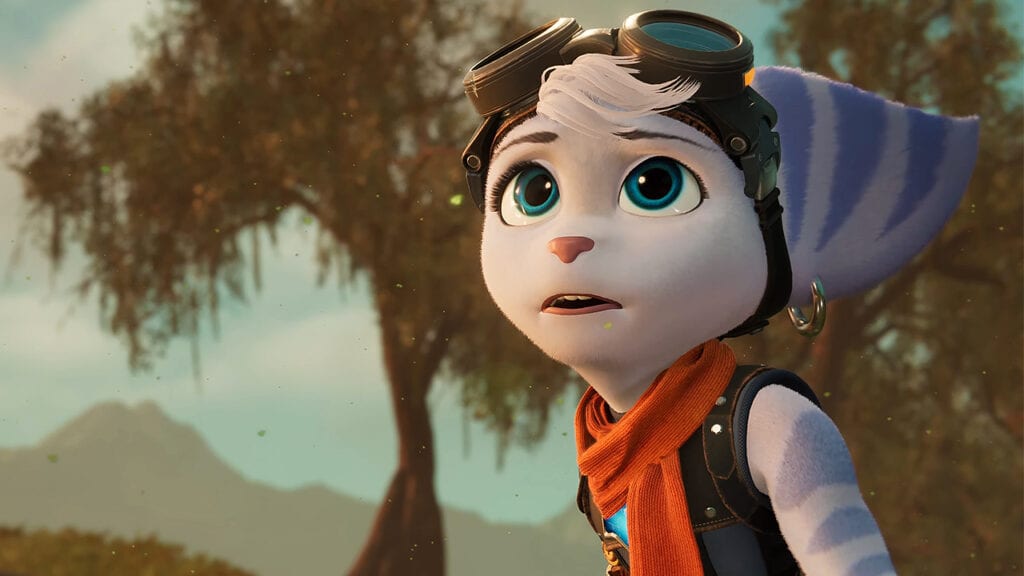 Ratchet & Clank: Rift Apart continues to impress with a variety of looks at facets of the game from new characters, new locales, and much more. More recently, fans were given the name of the long-teased female Lombax character, Rivet as well as a peek at where the story will be going in the upcoming title. As part of this week’s latest State of Play, fans have now been treated to a more in-depth look at gameplay that players will utilize as they progress throughout the main story of Ratchet & Clank: Rift Apart.

The 16 minutes of Ratchet & Clank: Rift Apart footage shows off some familiar gameplay as well as a number of completely new features the game has in store for fans. As with other titles in the franchise, new weapons await players ready and willing to take them out for a year drive alongside a variety of new abilities. Showing off the likes of Ratchet, Clank as well as Rivet, the footage is undeniably stunning as it features no shortage of slick next-gen graphics powered by the PlayStation 5.

Whether it’s wall-running, zip-lining, rope swinging, or more, players look to have a lot to learn in the pursuit to take down Dr. Nefarious in this new alternate-timeline adventure. The footage also presents looks at a variety of available costumes, a comprehensive photo mode, accessibility options, and an all-new lineup of wacky weapons aiming to take out a huge roster of enemies in a plethora of different ways. However one chooses to play appears to ultimately be up to the player.

Ratchet & Clank: Rift Apart is set to launch as a PlayStation 5 exclusive on June 11th of this year. A more substantial look at gameplay options was teased to have another showcase ahead of release. Will you be taking on Dr. Nefarious across time and space later this year? Let us know your thoughts on the latest gameplay trailer for Ratchet & Clank: Rift Apart. As always, don’t forget to follow Don’t Feed the Gamers on Twitter for 24/7 coverage of all things gaming and entertainment.