Unfortunate news to PUBG players as the new War Mode event was prematurely ended due to server issues it was causing. With less than 24 hours available for players to jump in the driver’s seat on this new action 50-player death match, the mode was shut down. With such a small window of opportunity, many players did not get to participate in this intense new game type that brought respawns and score based winning.

Taking to Twitter, the PUBG team had this to say on the closing of the event:

PC Players: The emergency maintenance is now complete. Unfortunately, we’ve had to prematurely end this week’s event mode, as it was found to be the cause of recent server instability. Our engineers are working hard to ensure this problem doesn’t occur in the future.”

In the event the team behind PUBG fix the issues that resulted in server maintenance and bring it back to the game, below are the details for War Mode:

This time around, players spawn with top-tier equipment that’s normally found only in care packages. This includes:

Did you get a chance to play the PUBG War Mode event? Are you hoping to see it return it return again after all the issues are resolved? Sound off with your thoughts in the comment section below, and don’t forget to check out DFTG on Twitter for gaming and entertainment news live 24/7! 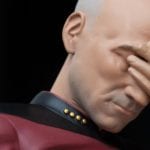 There's a Facepalm Captain Picard Collectible, and Yes - You Need It 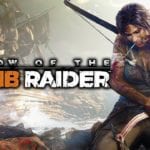