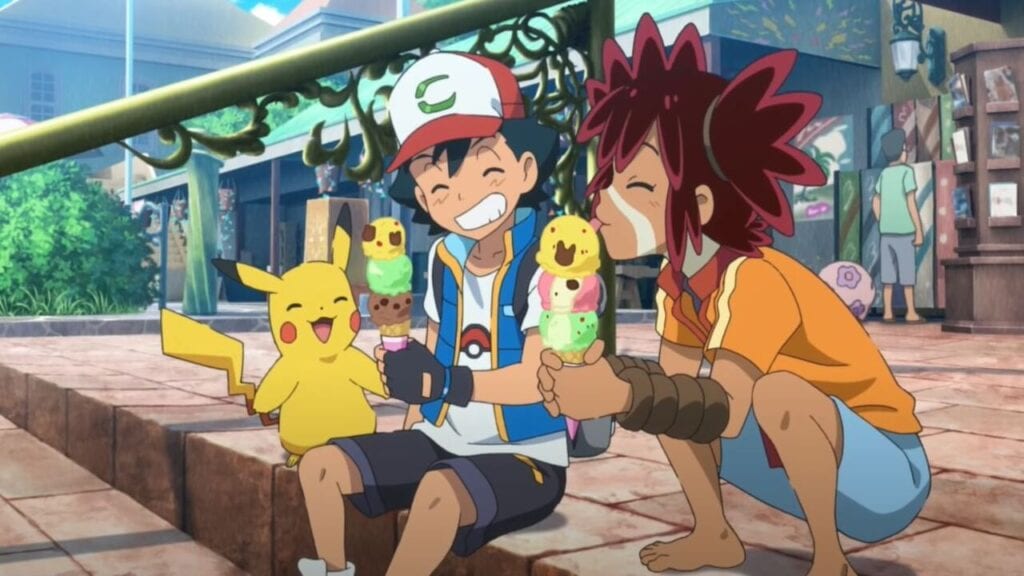 The world of Pokemon has been around for over two decades now, and the franchise has continued to expand and re-imagine new stories for Pikachu and friends. Aside from the core video game experiences and anime series based on them, the Pokemon franchise has spawned several films as animated specials as well. One such special is the upcoming Pokemon the Movie: Coco, which focuses on a child raised by Pokemon, and the movie now has a new trailer.

Twitter user Solgaleo recently released an English subbed version of the new Pokemon the Movie: Coco trailer. The film will see an alternate version of Ash and Pikachu visit Okoya Forest, which contains a civilization of independent Pokemon that adhere to strict laws regarding outsiders. There they will encounter Coco, who was left in Okoya Forest as a baby.

In the trailer, Coco is seen with Zarude, who found the infant and departed from the Okoya Forest community so he could raise them as his own. Given that Coco shares mannerisms with a wild animal, or Pokemon in this case, Ash ends up being Coco’s first human friend. It seems that Ash will try to help Coco adjust to the human world, while also teaming up to fight Team Rocket.

Pokemon The Movie: Coco was originally scheduled to be released back in July, but COVID-19 caused delays that led to its new release date of December 25th this year in Japan. There’s no confirmation yet of a release in the west, or if there will ever be an English dub version. Unfortunately, only time will tell.

What do you guys think about the Pokemon the Movie: Coco trailer? Are you excited to learn more about the child that was raised by Pokemon? Let us know in the comments below! Be sure to stay tuned for the latest news based on the pocket monsters, such as the new Pokemon Go partnership with Punchdrunk, here on Don’t Feed the Gamers! Follow us on Twitter to see our updates the minute they go live!