Having purposefully missed the vast majority of the E3 season, Sony has once again commenced its own dedicated PlayStation Showcase, rolling out announcements for many of its biggest titles for the next-gen PlayStation 5. As last year’s proceedings held a number of high-profile announcements, the 2021 iteration has been built up to a similar degree, prompting speculation to predictably run wild. With the PlayStation Showcase now arrived, there were all the announcements that happened at the big event.

Rumors of a Star Wars: Knights of the Old Republic remake have been alight for years at this point, but the PlayStation Showcase has finally given fans confirmation of the next-gen project. Underway by original developer Aspyr Media in a partnership with Sony and Lucasfilm Games, the KOTOR remake is set to offer a top-to-bottom update featuring “modern tech, features, visuals and more,” while also “maintaining the integrity of the story and characters” of the beloved 2003 game.

Star Wars: Knights of the Old Republic Remake is in development for PlayStation 5.

It’s been a while since we last heard about Shift Up’s stylish action title Project EVE, but the big Showcase has now offered all-new footage for the in-development AAA project. Following protagonist Eve as she battles a legion of beastly invaders in the “not-too-distant future,” the fast-paced slasher was officially confirmed for the PlayStation 5, and will sport a number of exclusive features such as Haptic Feedback via the console’s Dualsense controller.

Project EVE is in development for PlayStation 5.

After being revealed earlier this year, playtime was deemed officially over as Borderlands’ fan-favorite fantasy fanatic Tiny Tina was confirmed to be heading her own spin-off called Wonderlands. Establishing the title as a Dungeons & Dragons-esque take on the looter-shooter series, the first piece of gameplay was shown off during the big PlayStation event, highlighting such over-the-top features as magic-conjuring combat, fantastical enemies and environments, as well as a tabletop-inspired overworld.

Having begun life as Project Athia and re-revealed as the stunningly gorgeous open-world game Forspoken, fans have certainly been looking forward to the ambitious Square Enix title for a while. Even as several months have passed since the game’s last footage, the newest look at Forspoken was nonetheless as jaw-dropping as its initial showcase, boasting massive-scale worlds, high-action traversal and combat, as well as a level of detail previously unheard of for a game of this genre.

Forspoken is set to release for PC and PlayStation 5 in Spring 2022.

Though the new Tom Clancy shooter was unfortunately delayed into next year, Rainbow Six Extraction has continued to show off its wares, with Sony’s PlayStation Showcase bringing an updated peek at the narrative of the Ubisoft release. Depicting the onslaught of a horrific alien virus, the game sees Team Rainbow deliver operations against grotesque zombified creatures, tasking players with halting the mutagenic invasion before it’s too late.

Having spanned two generations of gaming already, Rockstar Games’ supremely successful shooter sandbox Grand Theft Auto 5 is preparing to make its big next-gen debut alongside its online component GTA Online. However, the two titles’ arrival has been met with delay after delay, with yet another being revealed during the PlayStation event. Now arriving for PlayStation 5 and Xbox Series X/S in March 2022, the distant date is an undoubted bummer for fans, but GTA Online’s launch as a PlayStation Plus freebie is sure to soften the blow.

As one of the few remaining Bethesda games with a PlayStation-exclusivity deal, Ghostwire: Tokyo is certainly a unique adventure for a number of reasons. For starters, the famously dubbed “spooky” thriller sees the player inherit some spectacular otherworldly powers, which look to come in handy against the barrage of ghastly spirits invading the streets of  Tokyo. The PS5 boasts several features that keep this premise in line, including atmospheric vibration and audio feedback offered by the DualSense controller. Also, you can pet the dog.

Ghostwire: Tokyo is set to release for PC and PlayStation 5 in Spring 2022.

Marvel’s Guardians of the Galaxy

Bringing together the galaxy’s heroic band of scoundrels, Marvel’s Guardians of the Galaxy looks set to deliver a fun outer space sci-fi adventure, with developer Eidos Montreal pulling from James Gunn’s popular film iteration and introducing a hefty assortment of their own unique comic book-based interpretations. The new trailer for the upcoming title encapsulates the bizarre cosmic favor the source material is known for, while also highlighting gameplay elements like spaceship piloting, alien combat, as well as decision-based narrative moments.

Though development on Bloodlines 2 was sent spiraling earlier this year, the Vampire the Masquerade series is nonetheless venturing forward with a number of diverse projects. Among the more unique offerings has been Bloodhunt, a battle royale take on the World of Darkness that pits bloodthirsty undead factions against one another in all-out supernatural combat. Though Bloodhunt has only been in Steam Early Access for a few days, the Sharkmob-developed title is now confirmed for PlayStation 5 sometime later this year.

Plenty has been showcased regarding Bethesda and Arcane’s time-bending new shooter Deathloop, but the PlayStation Showcase offered one of the final instances ahead of the game’s release. While prior gameplay reveals revolved around its signature Disnhonored-like gunplay and unique rival mechanic, The PlayStation Showcase has now also given the title’s story some prominence, detailing the time-looping struggle of player character Colt as he attempts to break his mysterious cycle of death and seek answers from those responsible.

Tchia has poised itself as an infectiously wholesome tropical exploration game inspired by the lovely Pacific isle of New Caledonia. After an initial showing at last year’s Game Awards, studio Awaceb has now confirmed Tchia for a debut on PlayStation consoles, doing so with a colorful new trailer. The footage depicts a young explorer traversing the island, interacting with locals, and using her ability to control various native wildlife. Drawing from a real place, many of Tchia’s developers, voice actors, and musicians all fittingly hail from New Caledonia as well.

As this generation has been expected to miss out on another new Uncharted game, Naughty Dog has corrected this problem with the upcoming Legacy of Thieves Collection. Remastering the series’ latest two games – Uncharted 4: A Thief’s End and spin-off game The Lost Legacy – the announcement trailer highlights some highly crispy visuals coming to the next-gen PlayStation 5, as well as PC for the first time. A release date for the collection is due out in Early 2022.

The realistic racing delights of Gran Turismo 7 have been confirmed for the PlayStation 5 (and PS4) for a while, but fans have yet to receive a release date for the anticipated automotive sim. The PlayStation Showcase not only confirmed a solid release date for March 4th, 2022, but confirming details such as 4K and Ray-Tracing support, a real-time weather system, the “Scapes” photo mode, a collection of classic and newly-debuting vehicles, as well as the welcome return of the single-player GT Campaign mode.

Insomniac delivered one of the most definitive depictions of Spider-Man in two back-to-back installments, and it looks like another iconic staple of Marvel Comics is next primed for an adaptation. Shown in a small teaser from the event, Marvel’s Wolverine was officially revealed to be in very early development for the PlayStation 5, with Brian Horton serving as creative director and Cameron Christian as game director in the new outing for Weapon X.

Though Wolvie was the appetizer for Insomniac’s presence, the main course was very obviously the grand unveiling of Marvel’s Spider-Man 2. The debut confirmed a new adventure following the exploits of two Spider-Men in New York City, with a quick fighting montage highlighting Peter Parker’s new Iron Spider-esque costume. On a normal day, that inclusion would’ve been it, but the trailer’s final moments also revealed classic Spidey villain Venom for the upcoming sequel, voiced by none other than Mr. “Scariest voice in the universe,” Candyman actor Tony Todd.

Closing out the high-profile PlayStation Showcase, there was really only one game it could be: God of War Ragnarok. Having originally debuted at last year’s event, everyone and their mother expected a reveal for Santa Monica Studio’s finale entry in Kratos’ Norse saga. Not only did fans get their wish, but they were greeted with over three minutes of new footage, including appearances from the growing “boy” Areus, Tyr the Norse God of War, even the infamous god of hammers himself, Thor.

What do you think? Are you loving all the reveals from the ​​PlayStation Showcase, or were you let down by a stunning lack of Final Fantasy XVI news? Let us know in the comments below and be sure to follow Don’t Feed the Gamers on Twitter and Facebook to be informed of the latest gaming and entertainment news 24 hours a day! For more Sony headlines recently featured on DFTG, check out these next few news stories: 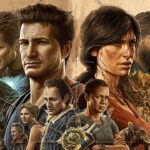 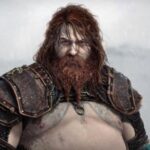