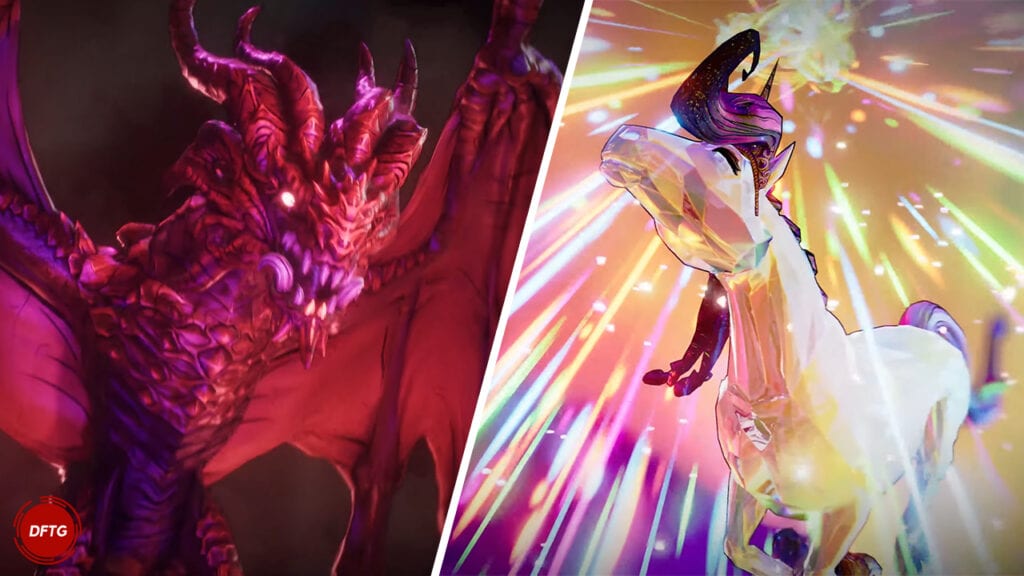 After being the subject of speculation and unofficial leaks, the long-rumored Borderlands spin-off game has finally been revealed at Summer Game Fest. Announced at the top of the showcase, a spectacular trailer unveiled the upcoming title as Tiny Tina’s Wonderlands, a new fantasy-based iteration of the looter-shooter franchise.

Based around the fan-favorite Borderlands character Tiny Tina, the new title sees the D&D-loving protagonist lead her own full-scale four-player co-op shooter, with players able to create their own custom character in true role-playing fashion. The debuting footage, which can be seen below, offers a small peek at what the experience may offer, featuring magic, dragons, and a cunning rainbow unicorn named Butt Stallion, naturally.

“In this epic high fantasy take on the looter shooter genre, players can create and customize their own multiclass heroes as they loot, shoot, slash, and cast their way through outlandish monsters and treasure-filled dungeons on a quest to stop the tyrannical Dragon Lord,” reads a press release from 2K. “Bullets, magic, and broadswords collide across a chaotic fantasy world brought to life by the utterly unpredictable Tiny Tina, who makes the rules, changes the world on the fly, and guides players on their journey.”

Set to release in “Early 2022,” Tiny Tina’s Wonderlands is confirmed for PlayStation 4, PlayStation 5, Xbox One, Xbox Series X/S, and PC via Steam and the Epic Games Store. Along for the ride is an all-star voice cast of characters including Captain Valentine (Andy Samberg) a rule-obsessed robot named Frette (Wanda Sykes), as well as Tina herself voiced by the returning Ashly Burch. Actor Will Arnett is also among the cast, providing the voice for the villainous Dragon Lord.

What do you think? Are you excited to see what Tiny Tina’s Wonderlands is all about, or are you just interested in how the game will be different from the main Borderlands series? Let us know in the comments below and be sure to follow Don’t Feed the Gamers on Twitter and Facebook to be informed of the latest gaming and entertainment news 24 hours a day! For more Summer Game Fest headlines recently featured on DFTG, check out these next few news stories: