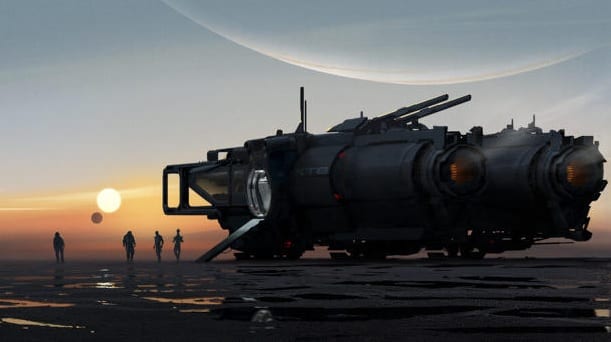 This past N7 day was a particularly exciting one for Mass Effect fans, with BioWare announcing both the remastered Legendary Edition trilogy and that a team of veteran developers is now hard at work on a new Mass Effect game. Regarding the latter, a new batch of concept art for the upcoming title has been revealed thanks to BioWare’s recently released art book.

As reported by Eurogamer, Tumblr user Felassan posted a series of pictures from the newly released BioWare: Stories and Secrets from 25 Years of Game Development art book. “A veteran team is hard at work envisioning the next big Mass Effect game,” reads the blurb from the book. “Expect amazing new worlds to explore with memorable characters buoyed by the series’ signature choices and consequences.” Interestingly enough, these images also suggest a possible return to Andromeda. 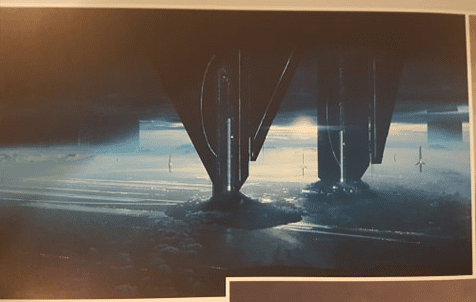 The first image appears to be a look at Remnant architecture, which featured heavily in Mass Effect Andromeda. The Remnant were an advanced civilization that vanished prior to the events of Mass Effect Andromeda, not unlike the Protheans and their connection to the original trilogy. 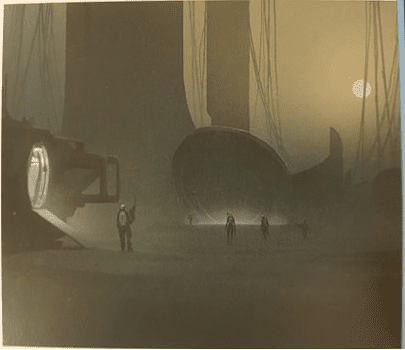 The next picture isn’t so easy to make out, though one of the figures in said picture appears to be one of the Angara, a species native to Andromeda. The picture also includes the same ship as the initial image used to tease the new Mass Effect game, once again shown at the very top of this page. 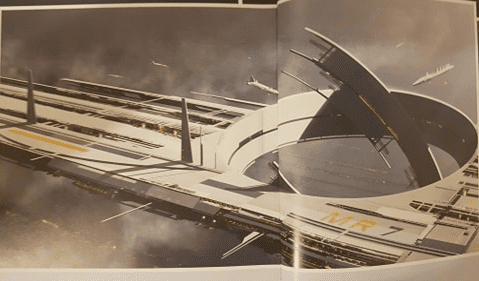 Last but not least, the final image seems to be a new Mass Relay, this one seemingly man-made given the notable MR-7 on the lower right side of the image. It’s unknown what its purpose is, though the existence of it is important given the ending on Mass Effect 3.

All in all these images have given us a bit more to think about in regards to a new Mass Effect game. Here’s hoping we won’t have to wait until N7 Day next year to learn more!

So, thoughts on the concept art from the new Mass Effect game? Let us know in the comments section below, and as always, stay tuned to Don’t Feed the Gamers for all the latest gaming and entertainment news! Don’t forget to follow DFTG on Twitter for our 24/7 news feed!