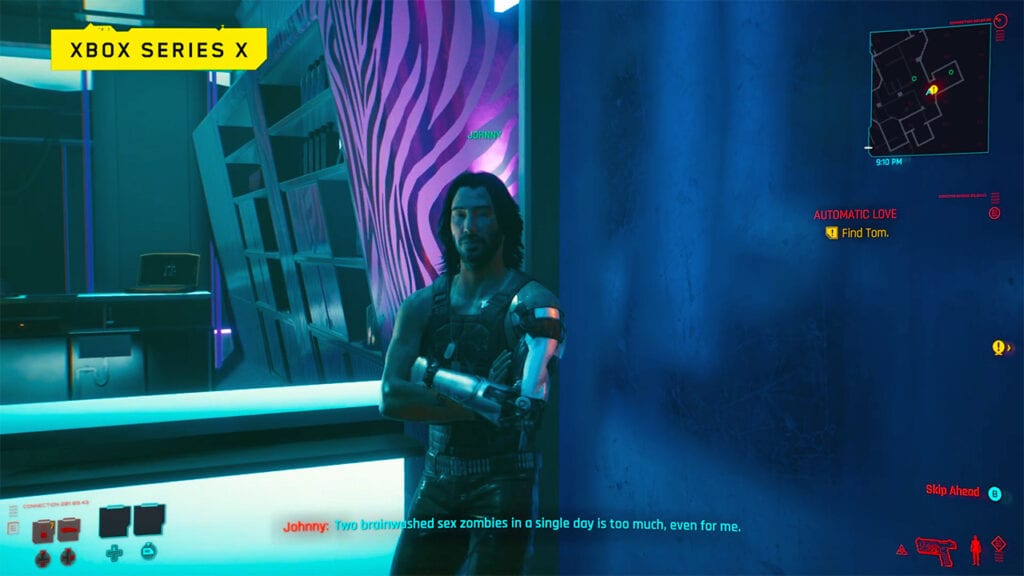 Following numerous trailers, tidbits, and delays, Cyberpunk 2077 is finally on track to release next month and it appears that CD Projekt RED is intent on keeping this release date in place. With that in mind, the developer has begun picking up the game’s marketing and has even scheduled another Night City Wire event for later this week. With the release of new-generation consoles upon us, CD Projekt has debuted an extended piece of gameplay featuring footage from the Xbox Series X.

As part of a special Night City Wire, about 10 minutes of new Cyberpunk 2077 gameplay was shown off in the new showcase, with the footage comprised of captures from Xbox Series X and Xbox One X versions of the game. Depicting main character V as they venture into the neon underground of Night City, the player can be seen driving busy streets, exploring the local nightlife, and engaging in the typical firefight or two. We also see Keanu Reeves as Johnny Silverhand offer his occasional commentary on situations.

By the looks of things, both Xbox versions of Cyberpunk 2077 appear to be shaping up pretty well following CD Projekt’s plan to optimize previous generation releases. In the lead up to next month, fans have quite a few things to tide them over until launch, including the game’s official Run The Jewels collaboration, a particularly “breathtaking” achievement leak, as well as the aforementioned Night City Wire Episode 5, which aims to focus on Johnny Silverhand and the musical side Night City.

Cyberpunk 2077 will release for Google Stadia, PC, PlayStation 4, and Xbox One on December 10th, with next-gen versions for PlayStation 5 and Xbox Series X/S expected to follow in 2021.

What do you think? Do you feel that the Xbox One X version of Cyberpunk 2077 will hold up to the Series X version? Let us know in the comments below and be sure to follow Don’t Feed the Gamers on Twitter and Facebook to be informed of the latest gaming and entertainment news 24 hours a day! For more headlines recently featured on DFTG, check out these next few news stories: 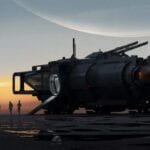 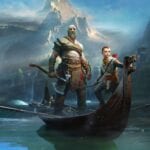