The great console war rages on, but some companies are attempting to bridge those gaps that have plagued the past. Cross-platform play has been brought up quite a bit in recent years, with the technology being available, players wanting it to happen, and even Epic Games “accidentally” enabling the feature on PlayStation 4 last year. That said, the latest Minecraft cross-play trailer shows a blossoming relationship between teams Green and Red, with Blue nowhere in sight.

Sony has taken a dive into some hot water recently, after it was discovered that PS4 players’ Epic accounts were blocked from being used on Nintendo Switch. With no apology coming from Team Blue, gamers are still upset that their third-party accounts are essentially being held hostage by Sony. On the other side of things, Microsoft and Nintendo are taking advantage of this opportunity, especially in the recent Minecraft cross-play trailer, which can be seen below:

There’s no denying the shade that is being thrown in Sony’s direction in the Minecraft cross-play trailer. The players want it to happen, the other major companies want it to happen, so what’s the hang up? Why is Sony so adamant about rejecting the feature that mostly everyone else is in favor of?

Well, a recent statement from former Sony Online Entertainment president John Smedley gave us some insights into why the company is against it. “When I was at Sony, the stated reason internally for this was money. They didn’t like someone buying something on an Xbox and it being used on a PlayStation,” he said.

The internet isn’t exactly pleased with that reason. Of course, Sony could have possibly changed their stance since Smedley parted ways with the company, but it’s unlikely. Either way, gamers across the world are hoping to put enough pressure on Team Blue to have a change of heart. Just flip that almighty switch and let everyone play together. Here, we’ll even help you get started: Minecraft is now available on the Nintendo Switch as well as PC, PlayStation 4, Xbox one, and mobile. Keep it tuned to Don’t Feed the Gamers as this story develops, and for other gaming news going on right now, check out the following:

What say you, gamers? Did you find the Minecraft cross-play trailer to be subtly savage towards Sony? Are you hoping to see the company cave in to players’ demands for cross-play capabilities on PS4? Sound off in the comments section below, and be sure to follow DFTG on Twitter for live gaming and entertainment news 24/7! 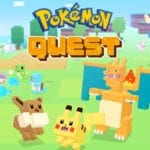 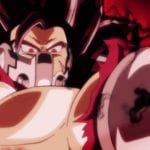