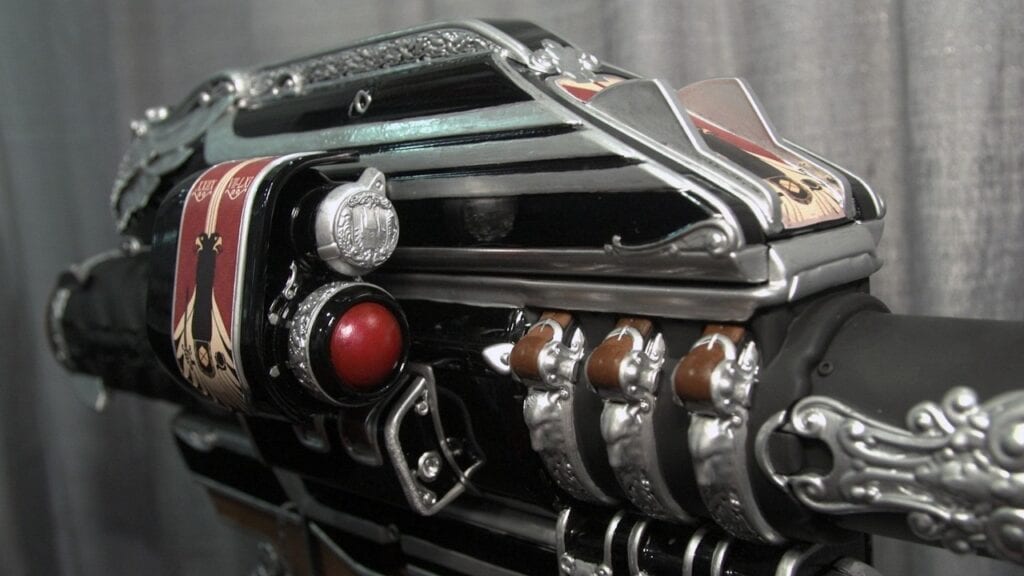 If you are a collector of replicas and action figures, then you’ve undoubtedly heard of McFarlane Toys. The company, which was founded in 1994 by Spawn creator Todd McFarlane, is one of the top manufacturers of figures and replicas worldwide. Some top notch figures they’ve produced are from the likes of Spawn, The Walking Dead, and Five Nights at Freddy’s. The company has now added Bungie’s hit shared world shooter Destiny to their lineup. What better way to introduce products from the game than that of a replica of Destiny’s most sought after weapon, Gjallarhorn.

You can bet that McFarlane will always have an incredible booth at the annual New York Toy Fair, and this year is no exception. The company is showing off their new figures and replicas in all of their magnificent glory, but one piece of collector’s bliss happens to stand out above the rest. The Iron Gjallarhorn displayed on the showroom floor is a prototype that has an expected $10,000 value. Don’t worry, though, the retail version of the gorgeous weapon is projected to release at $149.99. 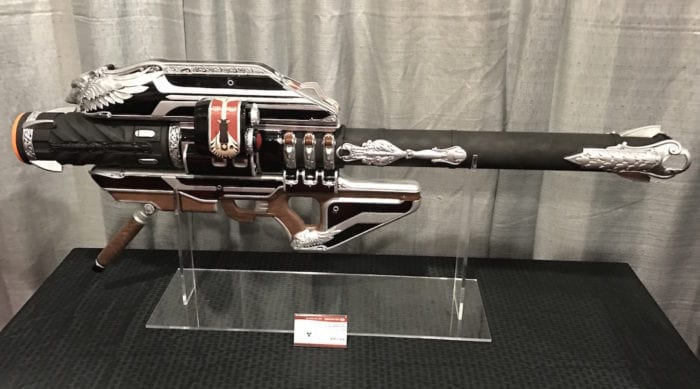 The prototype offers a preview of what collector’s can expect in the fall of 2017 when the replica is scheduled to release. Complete video game accuracy is accompanied by an orange tip, making the replica safe to carry to any convention. The weapon is even classified a s a “Role Play Item” keying into the cosplay community’s lust for licensed props. This will come in handy for those Destiny specific conventions.

Gjallarhorn is an Exotic class rocket launcher in Bungie’s sci-fi shooter Destiny that was only available in the first year of the game’s release. No matter how many exotic weapons players would receive, no collection was complete without the incredibly powerful and gorgeous rocket launcher. By popular demand, the weapon returned with the last expansion Rise of Iron, which was then renamed Iron Gjallarhorn.

McFarlane didn’t bring only the bazooka of our dreams to show off in the Destiny exhibit. Three new action figures will also be headed to shelves in July of this year. The figures are that of the three playable classes within the game, Hunter, Titan, and Warlock. The figures are made with extreme realism and with impeccable accuracy. You can check out the figures in the gallery below:

What do you think of McFarlane Toys’ Destiny lineup? Will you be getting a Gjallarhorn replica? Let us know in the comments section below, and stay tuned with DFTG for all of your gaming news. If you don’t want to miss out on all of the hottest gaming and entertainment news 24/7, be sure to follow us on Twitter. Also, if you are looking for a way to interact with the staff and other DFTG readers, you can join in on our conversations on our official Disqus thread. 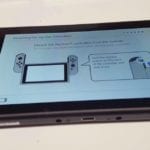 Leaked Nintendo Switch Console Was Item of Theft, Not a Shipping Mistake 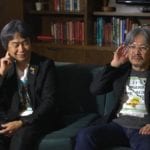