With excitement around Spider-Man: Miles Morales continuing to build, many folks have already forgotten that a remastered version of Marvel’s Spider-Man PS4 will also be included in the game as one hell of a bonus. As exciting as it’ll be to play the excellent Insomniac Games title as a remaster for the PlayStation 5, it’s also been revealed that the game won’t be available as a separate purchasable entity from Spider-Man: Miles Morales.

The news comes by way of the folks over at Kotaku, which recently received a statement from Sony confirming that Marvel’s Spider-Man PS4 won’t be purchasable separate from Spider-Man: Miles Morales. The statement further explains that those with the PS4 version of Miles Morales can upgrade to the PS5 version at no additional cost, though at that point they’d have to take advantage of a paid-upgrade in order to download the remaster of the PS4 game.

It’s interesting to note that owners of the standard edition of Miles Morales on PS5 won’t have instant access to the other game either; only those that purchase the $70 Ultimate Edition of the upcoming title will have the other game included.

Spider-Man: Miles Morales is slated to release on November 12, 2020 for PS4 and PlayStation 5.

Thoughts on Marvel’s Spider-Man Remastered not being available as a standalone title? Let us know in the comments section below, and as always, stay tuned to Don’t Feed the Gamers for all the latest gaming and entertainment news! Don’t forget to follow DFTG on Twitter for our 24/7 news feed! 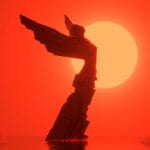 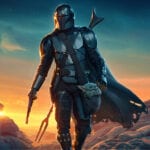