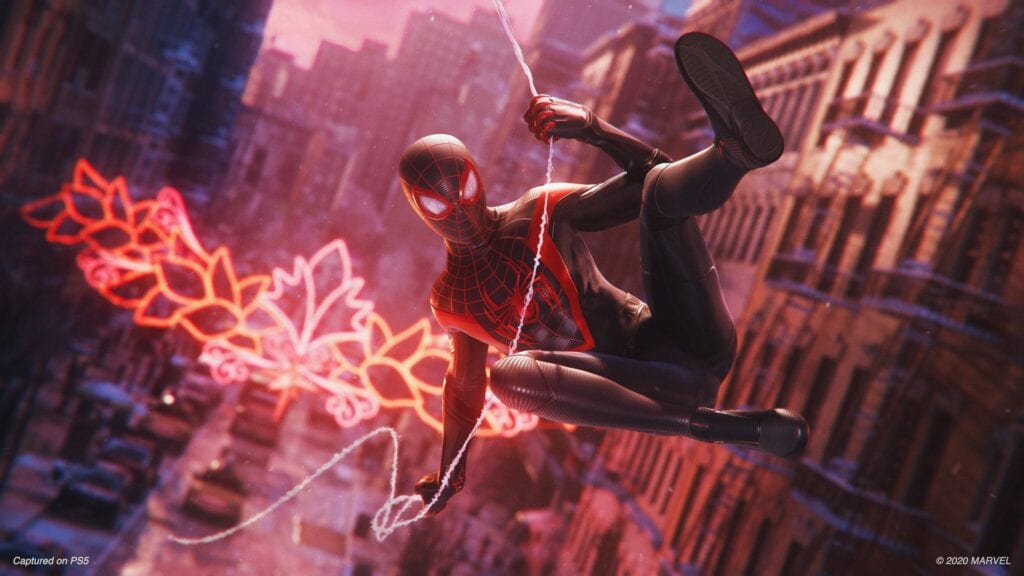 Prior to this past week, a follow-up to Insomniac Games’ widely-acclaimed Spider-Man title had been all-but-confirmed for months, with speculation about the game’s plot, characters, and gameplay circulating forums across the internet. Of course, fans were finally treated to a proper announcement at Sony’s recent PS5 showcase, which not only saw the reveal of the console itself but one of the flagship titles planned to debut alongside the next-gen hardware: Marvel’s Spider-Man: Miles Morales.

While the big reveal was a decidedly short one, it nonetheless proved to be monumental by confirming a new Spider-Man game from Insomniac, revealing Miles Morales as the protagonist, and boasting incredible next-gen technology for the hero’s exciting new outing. A new developer video (H/T Prima Games) has now dug a bit deeper into the reveal of Spider-Man: Miles Morales, discussing the studio’s intent to deliver a “brand new Spider-Man” experience, and the technology involved with bringing the superhero adventure to life.

Seen in the video above, Insomniac describes the differences players will experience as Miles Morales, recalling the new Spider-Man’s relative inexperience with hero work, and an array of new abilities such as bioelectric shock and invisibility. Also discussed was the innovative technology available through the PS5, touting a “fully seamless” gameplay experience, interactive DualSense features like haptic feedback, and significant visual upgrades such as ray-traced reflections.

As the game is slated to arrive in Holiday 2020, only a few months remain before Marvel’s Spider-Man: Miles Morales will release for the PS5. The prospect of a huge AAA title releasing so soon has proven to be confusing following the game’s initial showcase, with many – even among Sony’s ranks – believing Miles Morales to be an expansion to Spider-Man PS4 rather than a full adventure for the PlayStation 5. Over the last week, Insomniac has repeatedly corrected this belief, releasing a statement on the matter, replying to fans on Twitter, and noticeably emphasizing the title as a “standalone game.”

What do you think? Are you excited about playing Marvel’s Spider-Man: Miles Morales, or are you waiting to see the PlayStation 5 price revealed first? Let us know in the comments below and be sure to follow Don’t Feed the Gamers on Twitter and Facebook to be informed of the latest gaming and entertainment news 24 hours a day! For more headlines recently featured on DFTG, check out these next few news stories: