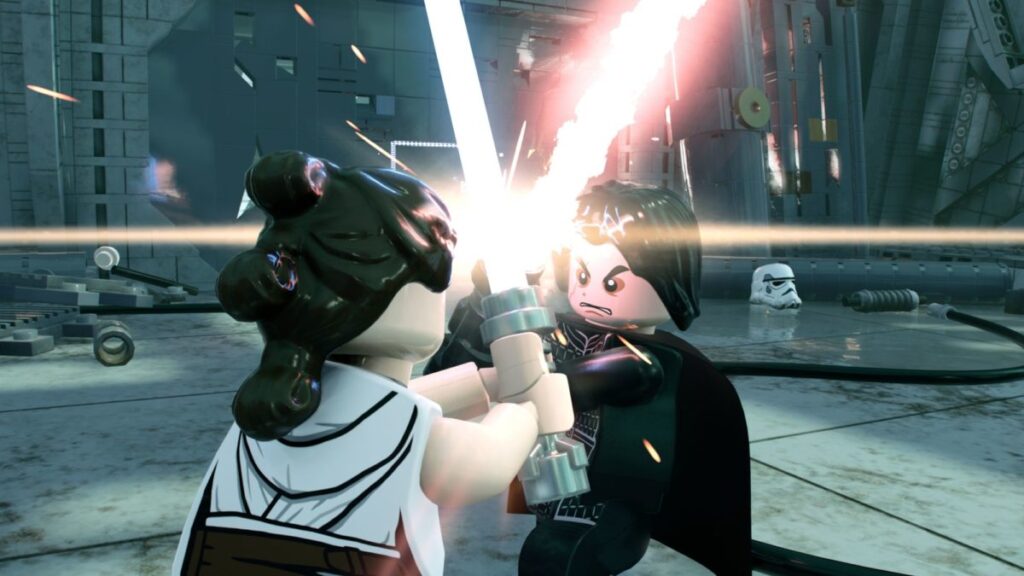 The video game industry is full of titles that license from popular franchises, with one of the most consistent being Star Wars. It’s hard to remember, but the first LEGO Star Wars games seemed to be a bit of a gamble, with the idea of adapting the iconic films into blocky LEGO versions of the characters. Since then, LEGO has found success adapting everything from Harry Potter to Jurassic Park into LEGO form. This had been building up to The Skywalker Saga game that would unite all three Star Wars trilogies into one game, though the project had been repeatedly delayed. Now, the LEGO Star Wars: The Skywalker Saga release date has been confirmed.

LEGO released a new gameplay trailer on their official YouTube channel that announced the LEGO Star Wars: The Skywalker Saga release date. The video showcases a lot of the new gameplay features being introduced in this new game. Previous Star Wars titles largely were built around co-op play that would show both players on-screen at once. Here, the focus is set on individual characters on the screen, allowing for a traditional third-person perspective. Players can now execute combo moves and enemies show their HP above their heads when attacked or aimed at.

Per usual, players will be able to go at their own pace, in regards to completing story missions or exploring the planets and extra collectibles to be found. Where this game differs is that each planet is its own open world, with players unlocking them through completing story missions. Thankfully, players can choose which of the three trilogies to begin with, if they are not the biggest prequel fans. The trailer confirms that the Skywalker Saga release date will finally fall on April 5th this year, with a basic version as well as a deluxe version that includes extra character packs and a physical Luke Skywalker mini-fig with blue milk. While it may not be the droids you’re looking for, this game will have something that any LEGO Star Wars fan would want.

What do you guys think about the LEGO Star Wars: The Skywalker Saga release date and gameplay details? Let us know in the comments below! Be sure to stay tuned for the latest Star Wars news, such as possible release windows for Star Wars Jedi: Fallen Order and the KOTOR remake, here on Don’t Feed the Gamers! Follow us on Twitter to see our updates the minute they go live!