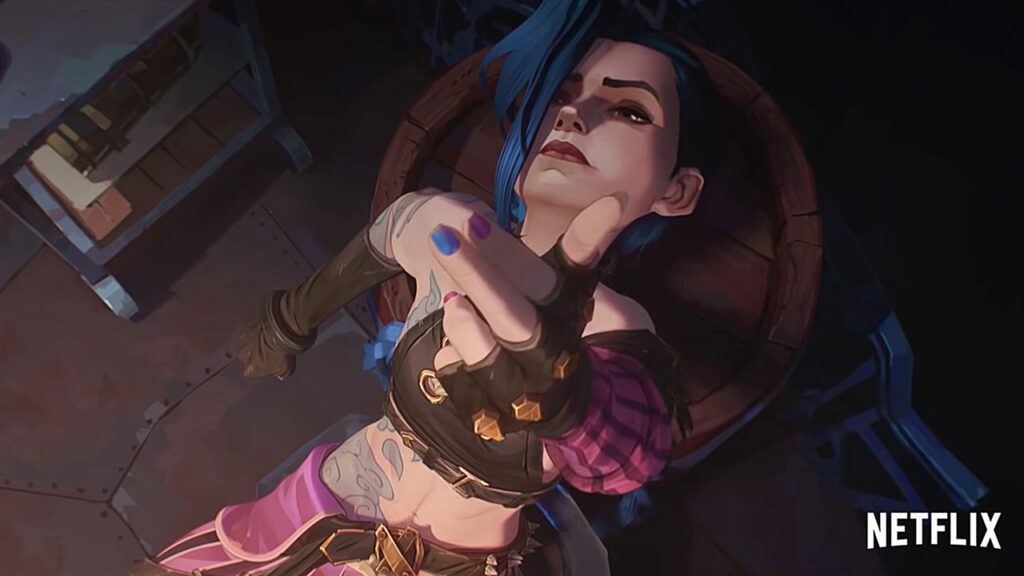 A great hoopla has been made on the part of Netflix today with the premiere of its TUDUM announcement event, with the proceedings yielding quite a few big announcements. On top of new looks at Season 2 and Season 3 of the Henry Cavill-led Witcher TV show, the top-tier streamer has now offered an exciting new trailer for its upcoming League of Legends animated series Arcane. Check it out below.

Initially announced back in 2019 and teased a handful of times since, the biggest showcase yet for Arcane made its landing during Netflix’s latest presentation, teasing the origins of LoL Champions Jinx and Vi in a stunningly cinematic recreation of Runeterra. As per the series’ synopsis: “From the creators of League of Legends comes a new animated series, Arcane. Set in the utopian region of Piltover and the oppressed underground of Zaun, the story follows the origins of two iconic League champions-and the power that will tear them apart.”

Arcane marks the first animated project from League of Legends developer Riot Games, but hardly the latest effort the game-maker has made to diversify the MOBA juggernaut. In the time since reaching and maintaining a global fanbase, Riot has also put out a strategy card game, a chart-topping music label, as well as a legion of multi-genre titles steeped in the League of Legends universe – including an action RPG and fighting game in development.

Adventure through Piltover and the undercity in a journey told in three acts. Watch new episodes of #Arcane every Saturday beginning November 6 on @Netflix.

Rather than Netflix’s usual all-at-once approach, Arcane is set to premiere in an unconventional manner across three weeks, starting with Act 1 (Episodes 1-3) on November 6th, Act 2 (Episodes 4-6)  on November 13th, and Act 3 (Episodes 7-9) on November 20th. The League of Legends Netflix series has also cast a considerable lineup of actors to voice the series’ iconic Champions, with Army of the Dead actress Ella Purnell notably playing Jinx and Marvel’s new Hawkeye Hailee Steinfeld taking aim as Vi. A full round-up of the confirmed cast can be viewed below.

What do you think? Are you excited to see what Arcane is all about, or do you feel this new trailer didn’t supply enough hype for the League of Legends Netflix show? Let us know in the comments below and be sure to follow Don’t Feed the Gamers on Twitter and Facebook to be informed of the latest gaming and entertainment news 24 hours a day!