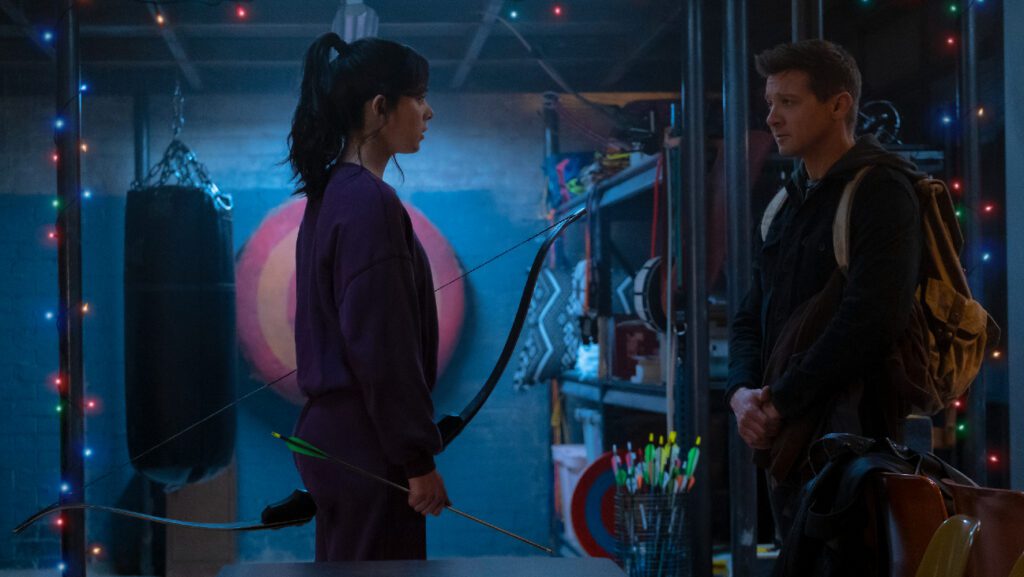 Disney has well continued their stride this year in the streaming wars with Disney Plus, with a large part of that success being owed to the original Marvel series made for the streaming service. So far in 2021, the WandaVision, Falcon & The Winter Soldier and Loki series have all been big hits on the streaming service, with What If currently keeping the streak going. The next live-action series confirmed for Disney Plus is their Hawkeye series, which will have Jeremy Renner return for the titular role. Now, Marvel has released the first official Hawkeye trailer that shows the archer in action.

Marvel Entertainment has released the first official Hawkeye trailer on their official YouTube channel. The trailer shows Renner as Hawkeye reunited with his family, after having gone to great lengths to revive them in Avengers: Endgame. However, Hawkeye notices that someone in New York has adopted his Ronin persona which he utilized during the years he mourned his family. After sending his family to safety, Hawkeye discovers that this usurper is none other than Kate Bishop. She is being played by Hailee Steinfeld, who has previously been in the wider Marvel world as the voice of Spider-Gwen in 2018’s Spider-Man: Into the Spider-Verse.

The Hawkeye trailer shows that the series will take place during Christmastime in New York, with the pair of archers battling against enemies in Rockefeller Center, which gives very obvious Home Alone 2-vibes. This holiday setting also pays tribute to the Hawkeye graphic novels in which Barton and Bishop meet. Also paying tribute to that series is the inclusion of Lucky the Pizza-loving dog. Also starring in the new series are Vera Farmiga as Kate’s mother Eleanor Bishop, Tony Dalton as Barton’s mentor Jack Duquesne and Florence Pugh reprising her Black Widow role of Yelena Belova. So far, all of the Marvel shows on Disney Plus have been smash hits, and this one is surely going to hit the bullseye as well.

What do you guys think about the Hawkeye trailer for Disney Plus? Let us know in the comments below! Be sure to stay tuned for the latest Marvel news, such as the newest Marvel’s Avengers DLC roadmap featuring Spider-Man, here on Don’t Feed the Gamers! Follow us on Twitter to see our updates the minute they go live!