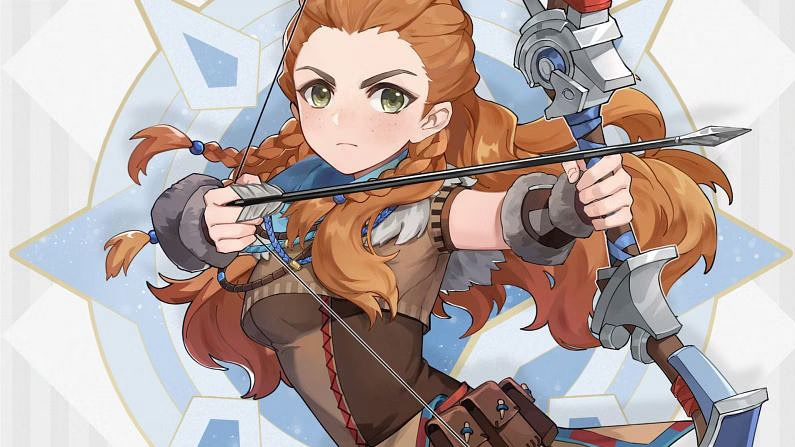 Genshin Impact developer miHoYo recently announced a crossover with Sony’s Horizon Zero Dawn franchise that will see protagonist Aloy come to the world of Teyvat. Releasing as a free character first on PlayStation consoles and later to other platforms, Aloy is being treated as a max rarity Cryo Bow user, and as such is most similar to Ganyu. Now, a new leak has surfaced showing Aloy’s abilities in action.

A new Genshin Impact leak has surfaced over on Reddit that depicts Aloy’s look within the anime-esque game. Coming in at a brief 18 seconds long, the clip shows Aloy’s basic movement animation before revealing how her abilities look in-game. Check it out below:

Further Genshin Impact leaks from Honey Impact have since revealed the names of Aloy’s abilities and their descriptions. Check ’em out below:

Aloy throws a Power Cell filled with Cryo in the targeted direction, then detonates it with an arrow, dealing AoE Cryo DMG.

Thoughts on the new Aloy details? Let us know in the comments section below, and as always, stay tuned to Don’t Feed the Gamers for all the latest gaming and entertainment news! Don’t forget to follow DFTG on Twitter for our 24/7 news feed!