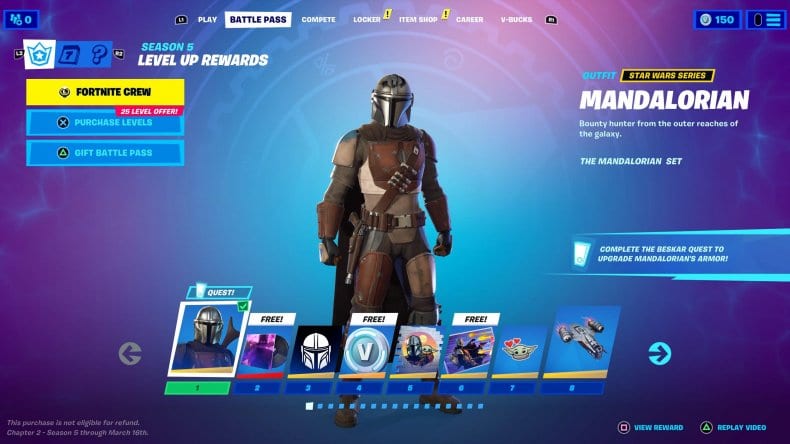 As reported by GameInformer, Epic Games made Fortnite Season 5 of Chapter 2 active earlier today. The story of the game has veteran character Jonesy recruiting hunters from various dimensions and transporting them to the game’s island. The biggest and most iconic of these hunters of course is Din Djarin, aka The Mandalorian, and his pal Grogu, aka Baby Yoda. Both characters are included in the season 5 battle pass, with The Mandalorian skin being available right away at level 1. However, players will need to be quite active this season, as Baby Yoda is only obtainable at level 100. There are also Mandalorian-themed emotes and a Razor Crest glider available too. 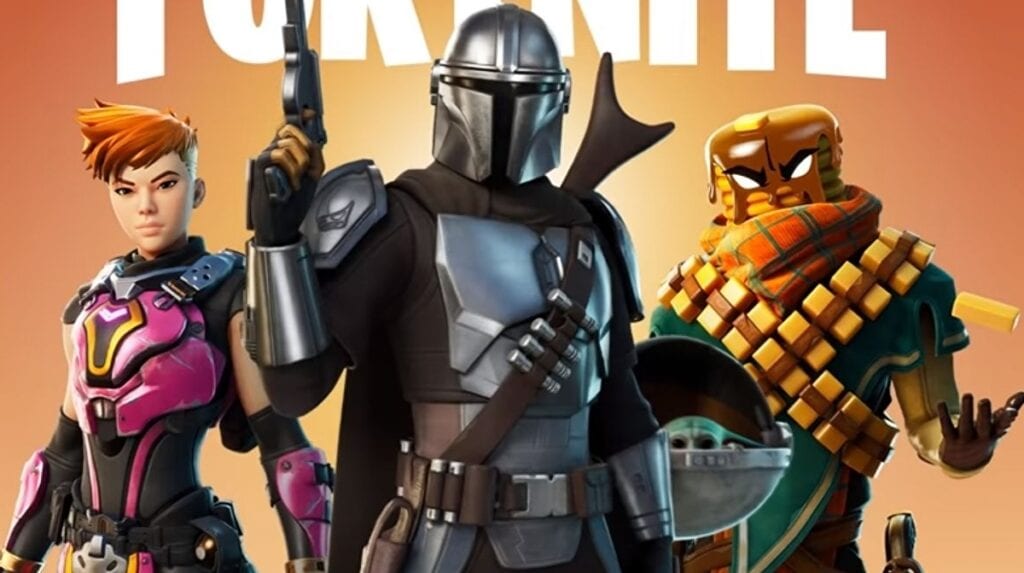 Other characters included in the Fortnite Season 5 battle pass are the sentient stack of pancakes, Mancake, and the anime-stylized Lexa. Other new inclusions for the season is the new location Salty Tilted, which pays homage to two classic Fortnite locations, Tilted Towers and Salty Springs. This month also introduces the Fortnite Crew monthly subscription, which includes access to the Battle Pass, plus a new outfit pack and 1,000 V-Bucks every new month. Fortnite has continued to see massive successes, especially with its crossover events, and this season seems to indicate that Epic Games has no intentions of slowing the Battle Bus’s flight path any time soon. This is the Way.

Are you guys going to pick up the Fortnite Season 5 battle pass with The Mandalorian and Baby Yoda? Let us know in the comments below! Be sure to stay tuned for the latest Mandalorian news, such as the mod that puts The Mandalorian in Star Wars Jedi: Fallen Order, here on Don’t Feed the Gamers! Follow us on Twitter to see our updates the minute they go live! 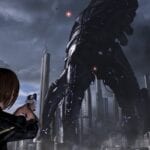