Five Crytek Studio Locations Are Being Shut Down

In the years that saw the previous generation of video game consoles transition into the current generation of consoles, we saw the collapse of many mid-level game studios and even whole developers. As this current generation found more stability, while studio closures and project terminations still persist, it has fortunately seen fewer complete shutdowns like those that faced the likes of THQ. Now, it looks like a big player in modern gaming is taking quite a hit, as five Crytek studio locations are officially being closed. Announced today via a press release, Crytek has announced the closures of their studio locations in Budapest, Sofia, Istanbul, Seoul, and Shanghai due to their weakened financial state. The developer’s future will now focus its projects in the Kiev and Frankfurt studio locations. The developer does not take these closures lightly, as Crytek Co-Founder and Managing Director Avni Yerli says in the press release,

Undergoing such transitions is far from easy, and we’d like to sincerely thank each and every staff member – past and present – for their hard work and commitment to Crytek. These changes are part of the essential steps we are taking to ensure Crytek is a healthy and sustainable business moving forward that can continue to attract and nurture our industry’s top talent. The reasons for this have been communicated internally along the way. Our focus now lies entirely on the core strengths that have always defined Crytek – world-class developers, state-of-the-art technology and innovative game development, and we believe that going through this challenging process will make us a more agile, viable, and attractive studio, primed for future success.”

As of right now, Crytek has not commented specifically on the future of its franchises, such as Crysis and Ryse. What do you guys think? Are you sad to see these Crytek studio locations get shut down? Let us know in the comments below.

Be sure to stay up on the latest PC gaming news, such as the Steam Awards nominees and the new Friday the 13th gameplay trailer, here on Don’t Feed the Gamers. 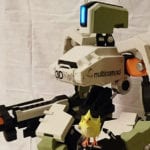 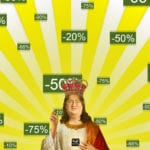 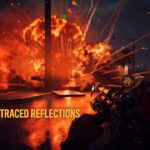