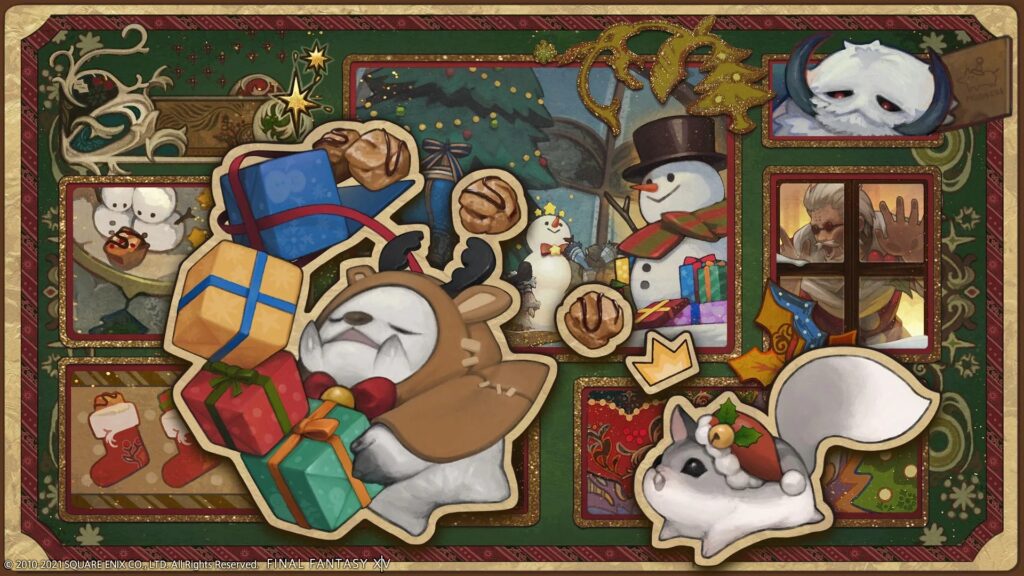 Another year brings with it slightly different iterations of the same Final Fantasy XIV seasonal events, though this year’s Starlight Celebration will undoubtedly hit just a bit differently thanks to the recent release of the Endwalker expansion. Leaning away from any speculation, though, Square Enix has revealed that the upcoming Starlight Celebration will feature a new event that rewards two adorable new minions and a wall-mounted home furnishing.

Square Enix took to its Final Fantasy XIV blog site to detail what to expect from Starlight Celebration 2021. The event kicks off on Thursday, December 16, 2021 at 12:00 a.m. and runs until Friday, December 31, 2021 at 6:59 a.m. (PST). During the aforementioned time period, Final Fantasy XIV subscribers can make their way to Mih Khetto’s Amphitheatre in Old Gridania to start the quest by talking to Amh Garanjy.

It’s anyone’s guess what this year’s questline will entail, but the rewards are at least forthcoming. Shown above, players can acquire the Wind-up Rudy and Squirrel Emperor (Left) minions and the Starlight Mobile (Right). The goodies don’t end there, though, as certain items only available during previous iterations of the Starlight Celebration will also be available for purchase via the Seasonal Shop. One thing to note is that the Starlight Celebration 2021 quest is unable to be completed outside the quest’s timeframe, so simply starting it won’t let players finish it later at their convenience.

Thoughts on this year’s Final Fantasy XIV Starlight Celebration? How far into Endwalker have you gotten thus far? Let us know in the comments section below, and as always, stay tuned to Don’t Feed the Gamers for all the latest gaming and entertainment news! Don’t forget to follow DFTG on Twitter for our 24/7 news feed!