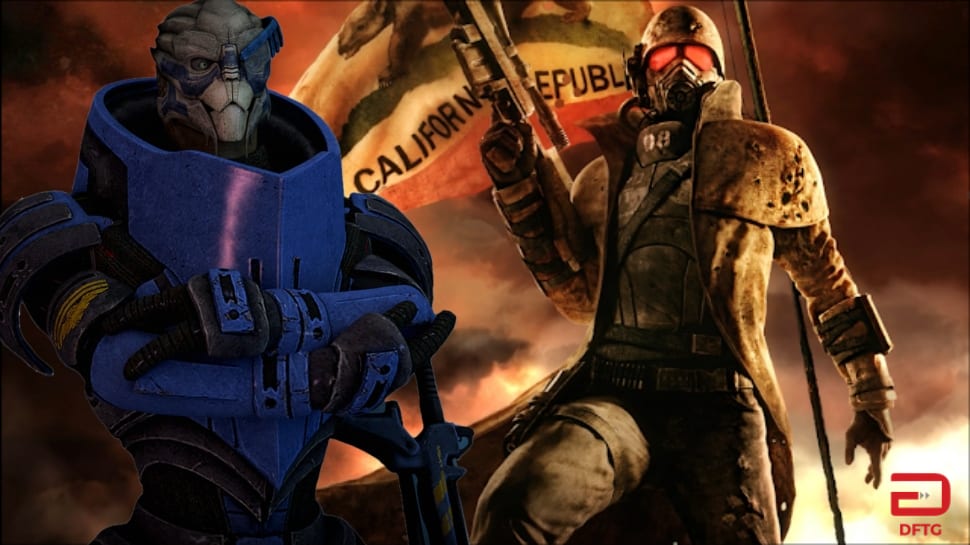 Fallout: New Vegas is one of our favourite entries into the Wasteland franchise. Obsidian did such a wonderful job building a hardcore survival narrative in the Mojave desert. That being said, anybody that is familiar with Don’t Feed the Gamers knows that we have a mighty obsession with BioWare’s Mass Effect series – that means any time we can merge the two, we will. We’ve shared an amazing mod in the past adding the infamous biotic Jack into the RPG, but now even more characters are making their way in including a Kasumi-inspired retexture, Garrus Vakarian, Liara, and even our beloved Quarians!

The mod itself is appropriately called “Mass Effect Fallout” (simple) and though it doesn’t change the story it all, it does change how players can experience their own character in the game. With Asari retextures, Mass Effect-inspired armor sets, and tons more – the space romance simulator (kidding) has successfully infiltrated the Wasteland in full force.

More is expected to join in on the mod in the future but for now the first version of this project is available right here through Moddb. Unfamiliar with the Mojave desert wasteland adventure known as Fallout: New Vegas? Here’s what you need to know about the incredible RPG game itself:

“Welcome to Vegas. New Vegas.It’s the kind of town where you dig your own grave prior to being shot in the head and left for dead…and that’s before things really get ugly. It’s a town of dreamers and desperados being torn apart by warring factions vying for complete control of this desert oasis. It’s a place where the right kind of person with the right kind of weaponry can really make a name for themselves, and make more than an enemy or two along the way.

As you battle your way across the heat-blasted Mojave Wasteland, the colossal Hoover Dam, and the neon drenched Vegas Strip, you’ll be introduced to a colorful cast of characters, power-hungry factions, special weapons, mutated creatures and much more. Choose sides in the upcoming war or declare “winner takes all” and crown yourself the King of New Vegas in this follow-up to the 2008 videogame of the year, Fallout 3.”

Thoughts on the New Vegas mod? Any other games you’d like to see us share recommendations for? Sound off with your thoughts in the comment section below and don’t forget to hit that follow button over on Twitter for gaming and entertainment news 24/7! 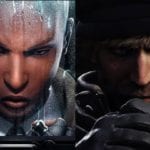 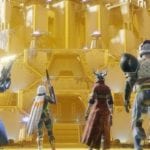