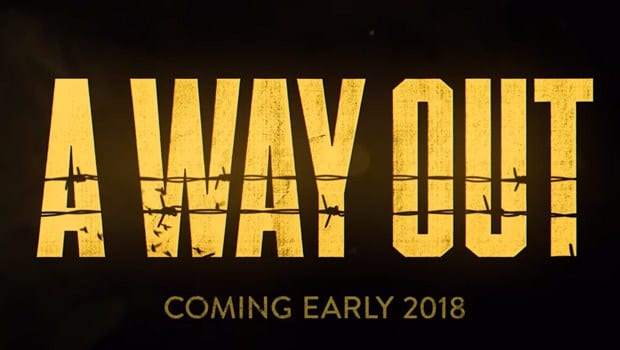 EA reveals  a great amount of announcements during their live presentation today, most of them focusing on their popular sports, car action, and Battlefield franchises. Usually at their press conferences, EA likes to throw in a look at a new game that is not part of an existing IP, which often ends up being a creator-driven game with unique gameplay. This conference appears to have found the placement for this type of game announcement with the newly revealed A Way Out game as part of the EA Originals program.

The reveal trailer (seen above) for A Way Out made its debut at the EA Play presentation. The story focuses on two prisoners in a large penitentiary who meet and decide to work together to escape from the facility. Where this game is unique is the fact that the game can only be played with two players, as both main characters will need to work together to push through the game’s many challenges. A Way Out is being developed by Hazelight’s Josef Fares, who was one of the creators of Brothers: A Tale of Two Sons. The protagonist duos from both of these games may indicate some themes shared between these two projects. For a closer look at how the game looks and feels, check out the accompanying gameplay trailer below:

The splitscreen co-op play seen in the trailer can be played with a friend both online and locally, but the creators strongly believe the local multiplayer experience will make the story shine the most. EA confirmed that A Way Out is scheduled to release in early 2018 for PlayStation 4, Xbox One and PC via Origin. What do you guys think about this new game? Are there any other EA reveals you look forward to the most? Let us know in the comments below!

Be sure to stay tuned for the hot video game news coming out of the E3 2017 conference, such as the new BioWare IP Anthem teaser trailer, here on Don’t Feed the Gamers! Follow us on Twitter to see these updates the minute they go live! 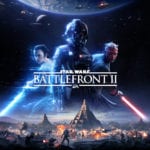 EA's Battlefront 2 is Bringing New Systems, Styles, and Features to the Game (VIDEO) 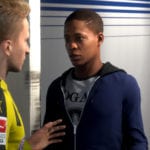 Alex Hunter is Back in FIFA 18 "The Journey", Here's a Look at the EA Play Cinematic Trailer (VIDEO)