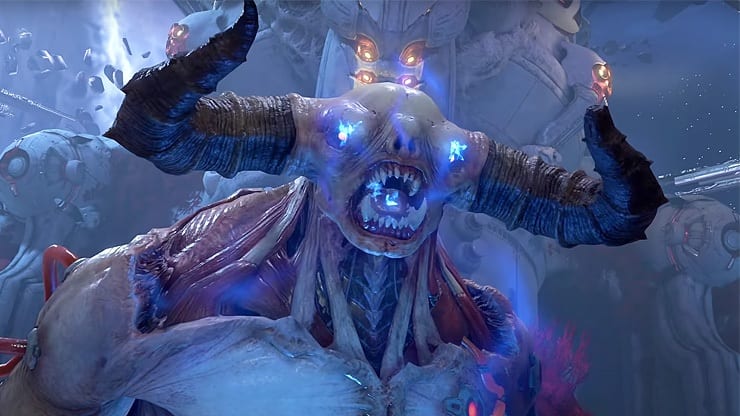 Doom Eternal is looking to help us forget all about that pesky Denuvo Anti-cheat business with the reveal of its first campaign expansion. Called ‘The Ancient Gods,’ the single-player DLC will actually be split into multiple parts, with part one making its teaser debut today.

The reveal of Doom Eternal: The Ancient Gods comes to us by way of QuakeCon at Home, with Bethesda and id Software unveiling a short teaser trailer for part one of the upcoming expansion. The trailer doesn’t give us much other than suggesting that the story revolves around a sort of imbalance of power in heaven, with our boy Doom Slayer coming in to resolve the issue with, as one would expect, lots of ripping and tearing. Check out the trailer below:

“Hell was ripped, Heaven was torn, and the Slayer’s legend grew,” creative director Hugo Martin said during the QuakeCon presentation. “Your rampage of destruction saved humanity from extinction, but it came at a cost. Now there’s an imbalance of power in the heavens, and the true ruler of the Doom universe must rise to set things right. It’s all very cool, very comic-book.”

A release date has yet to be announced for part one of  Doom Eternal: The Ancient Gods, though a full reveal trailer is slated to release during Gamescom 2020’s Opening Night Live event at 1pm CT on August 27th.

Thoughts on the newly revealed expansion? Let us know in the comments section below, and as always, stay tuned to Don’t Feed the Gamers for all the latest gaming and entertainment news! Don’t forget to follow DFTG on Twitter for our 24/7 news feed!