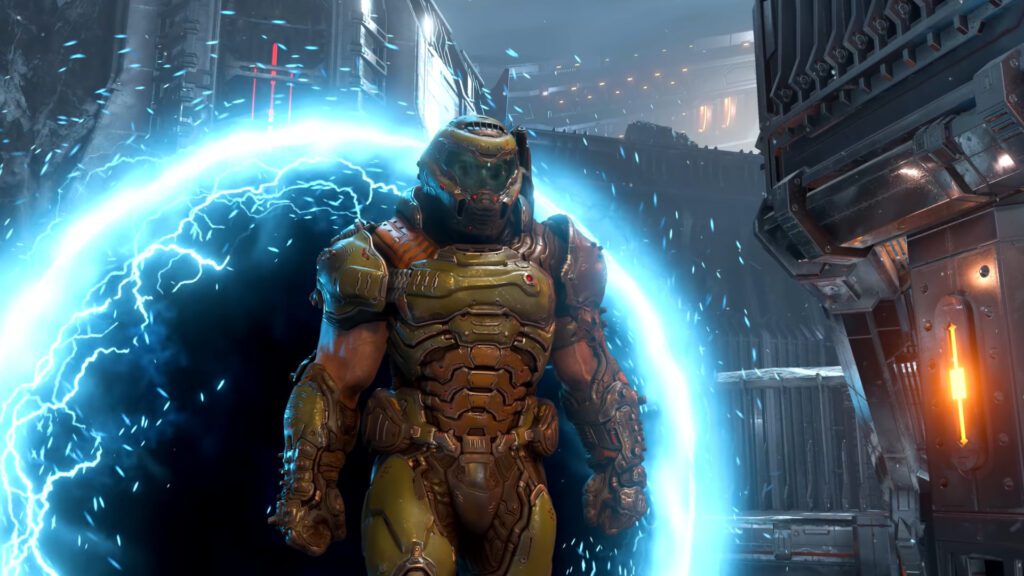 DOOM Eternal’s Update 6.66 is set to be the biggest update the developers will have brought to the title yet, with changes and improvements to existing content as well as some added new goodies for players’ demon-slaying needs. A new trailer has recently arrived, teasing one of the new features coming to the title, the undoubtedly grueling Horde Mode.

Game Director Hugo Martin and Sr. Community Manager Joshua Boyle recently sat down for a Stream discussing the upcoming update for DOOM Eternal, including two new cosmetic sets that players can unlock through Master Collections, updates to leaderboards with rewards, and much more. Still, the main focus was, of course, the long-awaited Horde Mode in all its glory.

As shown in the stream, players will take part in 3 missions regardless of what difficulty is chosen. Each mission consists of a series of rounds that vary from waves of enemies as well as other skill-based challenges. Such missions include one based around completing an objective within an allotted period of time, one that features a platforming, bonus challenges, and more all in the name of maximizing the score earned. Players will be able to play multiple times to hone their skills and learn new mechanics all while ranking up through new leaderboards, which offer their own unique rewards.

Players will also be able to complete challenges that will unlock more and more goodies in DOOM Eternal, including a collection of Classic DOOM 2 Marine and Biker Slayer Master Collection cosmetics, which were unveiled during the stream. Of course, the main attraction was the big gameplay reveal itself, highlighting the structure of Horde Mode and, finally, showing an extended look at gameplay spanning an entire first round. The livestream can be viewed in full below, with gameplay beginning at around 49:53.

DOOM Eternal is currently available for PC, Xbox One, PlayStation 4, Xbox Series X/S, and PlayStation 5. With speed and efficiency being the name of the game, will you be ready to challenge the upcoming Horde Mode? Let us know your thoughts on Update 6.66 for DOOM Eternal and more in the comments section below. As always don’t forget to follow Don’t Feed the Gamers on Twitter for 24/7 coverage of all things gaming and entertainment.