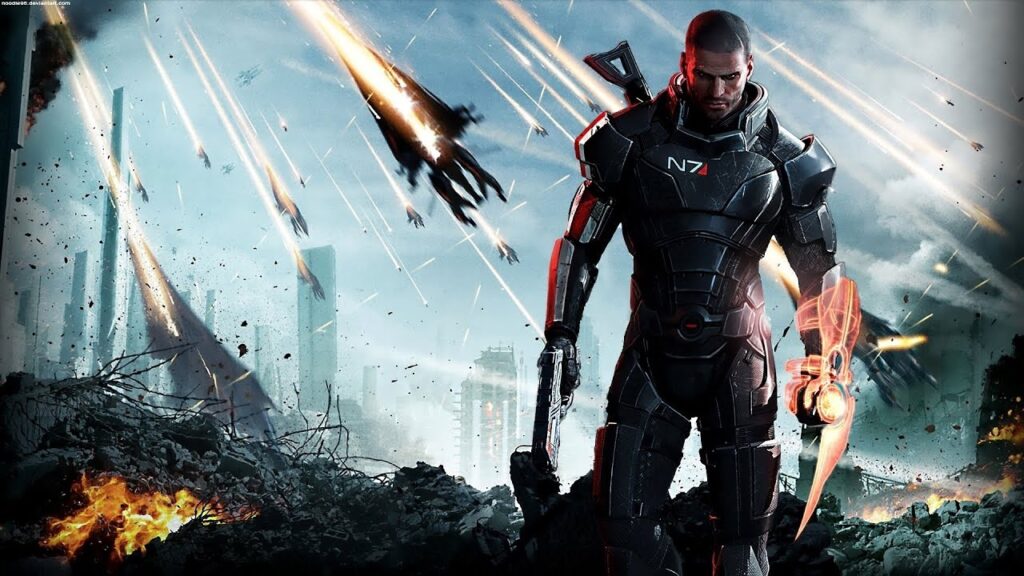 Despite having released almost a decade ago, the ending of Mass Effect 3 always becomes a hotly debated topic whenever BioWare announces something new to the franchise, pulling the fan base into an unceasing debate about what could have ‘fixed’ the ending. Oddly enough the ending had the potential to be even weirder than the one we got, as apparently the original plan was to have Shepard come face to face with the Reaper Queen.

Speaking in a recent People Make Games video titled ‘The Inside Story of Mass Effect 3’s Endings, Finally Told,’ ex-BioWare animation director Dave Wilkinson revealed that the distinct color choices seen at the end of the game were originally used to represent the Paragon (blue) and Renegade (red) options, with the green path being referred to as “the other one.” Wilkinson goes on to reveal that the original plan was to have Shepard confront the Reaper Queen instead of The Catalyst/Star Child. “At that point, Shepard was so augmented with like electronic bits and all the rest of this shit,” Wilkonson said.

Wilkinson explains that, while she was their queen, her radical thinking led the reapers to lock her away inside the Citadel to basically shut her up. Her meeting up with Shepard prompts her to suggest, hey, “This is the chance to evolve everything, we can move everything forward.’” The conversation between Shepard and the Reaper Queen eventually brings the player to three choices, not unlike the original Mass Effect 3 ending, though these choices are notably different from the ones seen in-game.

The Renegade option effectively has Shepard say “Go f*** yourself” and he disconnects from the Citadel and starts destroying things, causing the Citadel to be destroyed and Earth along with it, but allowing the rest of the universe to live on with all the Reapers destroyed. The Paragon option has Shepard assume control over the Reapers to become the ‘big king Reaper’.

You still said, ‘f*** you’ to the queen, but you did it because you became the reaper and you could lead the reapers to be a power for good or whatever the f*** that meant.”

Obviously the canon endings to Mass Effect 3 aren’t going to change at this point, though it’s interesting to take a look back and see what could have been. Shepard becoming the ‘big king reaper’? Count us in!

Thoughts on some of the original plans for the Mass Effect 3 ending? Let us know in the comments section below, and as always, stay tuned to Don’t Feed the Gamers for all the latest gaming and entertainment news! Don’t forget to follow DFTG on Twitter for our 24/7 news feed!