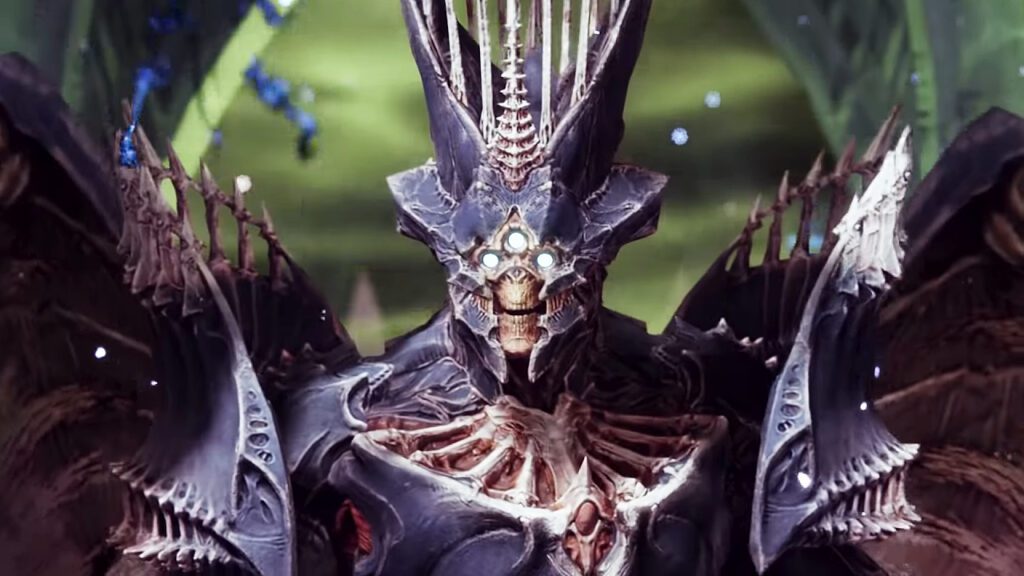 Destiny 2 is gearing up to release one of its biggest expansions ever in The Witch Queen, bringing the terrifying wrath of Savathun to Guardians after years of in-game teases. With just a month remaining until the content reaches launch, developer Bungie has now revealed a new trailer for the upcoming adventure, showing off the Witch Queen’s mind-bending Throne World as well as teasing the enthralling might of Savathun herself.

As seen in the footage below, players have quite a bit to overcome when entering the domain of the High Coven, presenting legions of Hive Guardians (complete with their own Hive Ghosts), a labyrinth of sinister gothic architecture, and the threat of trippy hallucinations in the quest to “take back the Light” from the Witch Queen. Performed by voice actress Debra Wilson, Savathun can also be heard proclaiming her control over the world is ‘indistinguishable from her own mind,’ before letting out a cackle for the ages.

Outside the dangerous threat of Savathun, the arrival of Destiny 2: The Witch Queen is also set to introduce a new melee-firearm hybrid called the Glaive, a new weapon crafting mechanic, as well as the new ‘Legendary’ difficulty mode. However, in the last few months, players have also discovered a few disappointments paired with this epic expansion. Not only does the occasion vault almost the entirety of Forsaken from play, but The Witch Queen will also see dungeons cost extra for the first time.

​What do you think? Are you ready to delve into the domain of The Witch Queen, or are you not ready, and are going to face Savathun anyways? Let us know in the comments below and be sure to follow Don’t Feed the Gamers on Twitter and Facebook to be informed of the latest gaming and entertainment news 24 hours a day!​