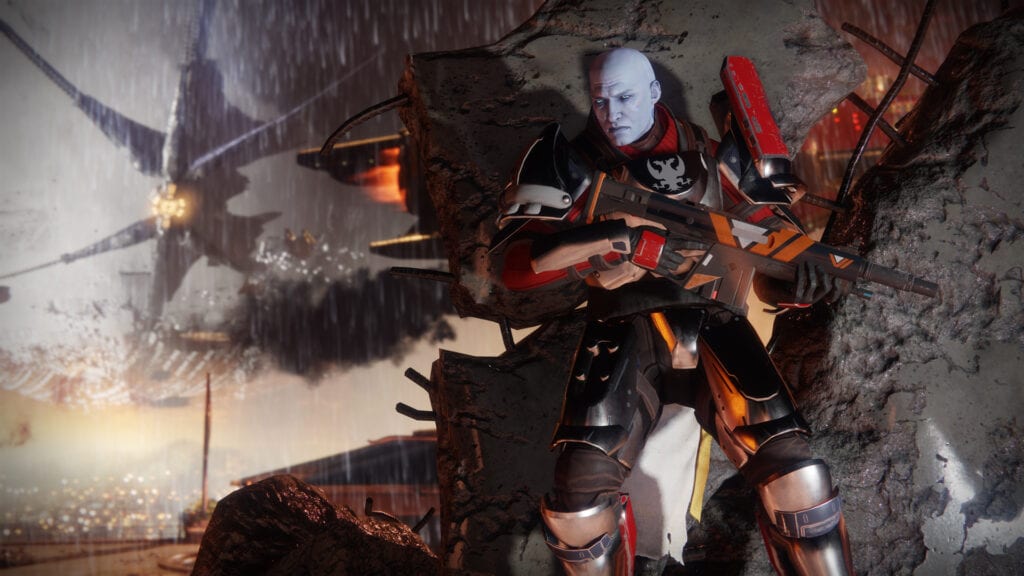 Since its launch Destiny 2 has had a rocky run, but Bungie keeps at it to maintain promises they made to be receptive to fans and transparent in their procedures. The MMO received a detailed outline from Bungie earlier this year of what updates would be coming for the game. This Destiny 2 development roadmap includes many of the things fans have been asking for, check it out below: 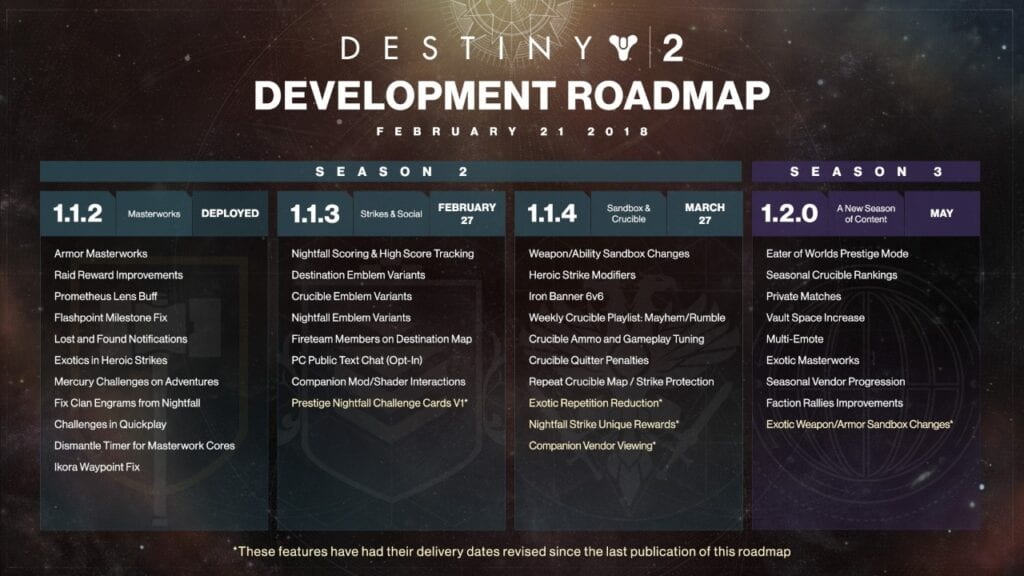 Weekly updates have been the standard approach by Bungie, slowly whittling down the Destiny 2 development roadmap and giving fans what they want. As seen above, the list is ambitious and it seems that the developer is experiencing a few setbacks. When the weekly update went live this week it did not include everything that was promised, however, Bungie was quick to respond as to why in their most recent blog post:

With today’s update we’ve moved a few items out to later releases – this is because we are trying to ensure each feature we add hits a sufficiently high quality bar. So while we really wanted to get Nightfall Strike Unique Weapons into your hands next week to coincide with Nightfall Scoring, it’s more important that each of those rewards live up to the difficulty it will take to earn them. They have to be super cool, so we’re giving the artists extra time to make sure they are… super cool. Mod System Improvements are also still planned, but will not be available when 1.2.0 is released. We’ll give more details on when to expect these changes at a future date.

We also have a big addition we’re eager share – Rumble will be joining 6v6 Iron Banner and Mayhem in our new rotating weekly Crucible playlist in 1.1.4. We want to make sure players have a more diverse set of game modes available in both Crucible and Private Matches. Doubles is also planned to return, but we do not have an exact release date just yet. Keep an eye out for next week’s TWAB where we’ll go into more depth with our future Crucible plans.”

Of course, while the delay isn’t ideal, at least Bungie is taking the Destiny 2 development roadmap seriously in terms of quality. With Destiny 1’s Rumble joining the game once more and Prestige Nightfall Challenge Cards coming on the 27th, there is still plenty to look forward to. Those interested in checking out the game can do so on Xbox One, PlayStation 4, and PC.

What items on the Destiny 2 development roadmap are you looking forward to? Join in on the conversation in the comment section below! Don’t forget to follow DFTG on Twitter for live gaming and entertainment news 24/7! 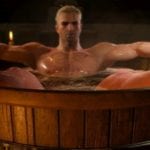 The Witcher 3 Bathtub Geralt Statue Is Now A Thing 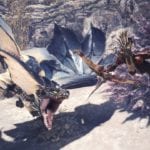