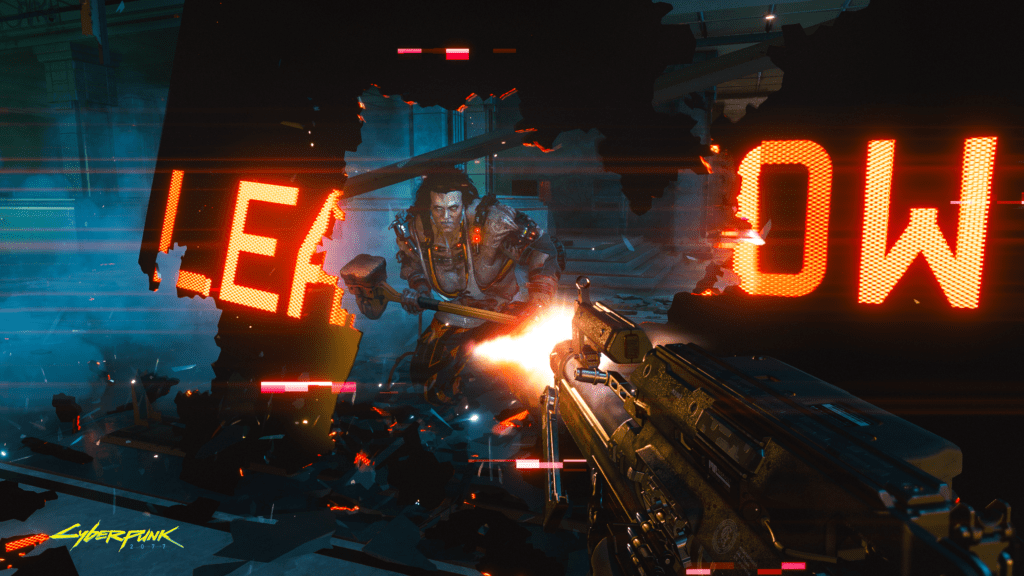 With two weeks left before we get our hands on Cyberpunk 2077, hype is ascending to levels never seen before. Of course, we already know that some retail copies for PS4 found their way into players’ hands, which means spoilers have already begun surfacing across the Internet and will continue to do so. That said, the devs have officially unveiled some of that sweet PlayStation gameplay.

The developers at CD Projekt RED recently dropped a new video that shows off six minutes of Cyberpunk 2077 gameplay on PlayStation 4 and PlayStation 5. Much like we have seen in previous videos showing off Xbox gameplay or some of that beautiful ray tracing on PC, we see the upcoming title running on Sony’s hardware. Check it out for yourself below:

The beginning of the video starts off with showing Cyberpunk 2077 gameplay on the PlayStation 4 Pro, with PlayStation 5 gameplay popping up at the 4:32 minute mark. While the differences between the two consoles isn’t a world of difference, it is noticeable that playing the game on PS5 via backwards compatibility should be an improved experience for players. It is also important to note that next-gen upgrades for the game will not be arriving until some point in 2021, so it is only going to get better on consoles as time goes on.

Cyberpunk 2077 is officially set to arrive on December 10th for PC, PlayStation 4, and Xbox One as well as PS5 and Xbox Series X/S via backwards compatibility. Keep it tuned to Don’t Feed the Gamers as this story develops, and for other gaming goodness going on right now, check out the following:

What say you, gamers? Have you already decided which platform you will be playing Cyberpunk 2077 yet? After seeing all of the videos, does that influence your decision at all? Will you be avoiding spoilers at all costs over the next two weeks? Sound off in the comments section below, and be sure to follow DFTG on Twitter for live gaming and entertainment news 24/7!