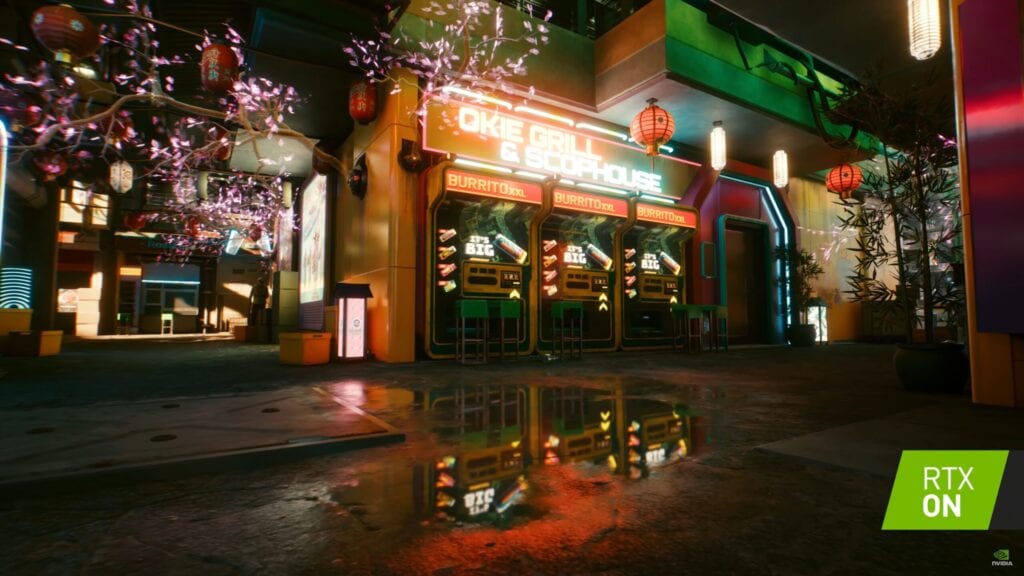 In just a few short weeks, the long-awaited Cyberpunk 2077 game by CD Projekt Red will finally be released. With its launch so close, CD Projekt Red has been debuting several videos showcasing various aspects of the developmen,t including the creation of the score and soundtrack. One topic that fans have been wanting to know about has been the ray-tracing capabilities of the highly advanced game, and the PC requirements that would be needed to power these lighting effects. Well, CD Projekt Red has released a new Cyberpunk 2077 PC trailer that shows off just how good ray tracing looks at its peak performance.

Nvidia GeForce released a new video on their official YouTube detailing their close relationship with CD Projekt Red in the development of Cyberpunk 2077. In the video, CD Projekt Red developers Marcin Gollent, Jakub Knapik, and Miles Tost talk about how working with Nvidia and using their cutting-edge hardware to push the game’s potential, namely in pulling off ray-tracing in the game. The lighting effects that Cyberpunk is able to execute using Nvidia’s RTX 30 GPUs is quite stunning. The video shows dynamic lighting and shadows, as well as reflective effects on shiny surfaces and puddles, not to mention the vast colorful landscapes and city skylines seen. 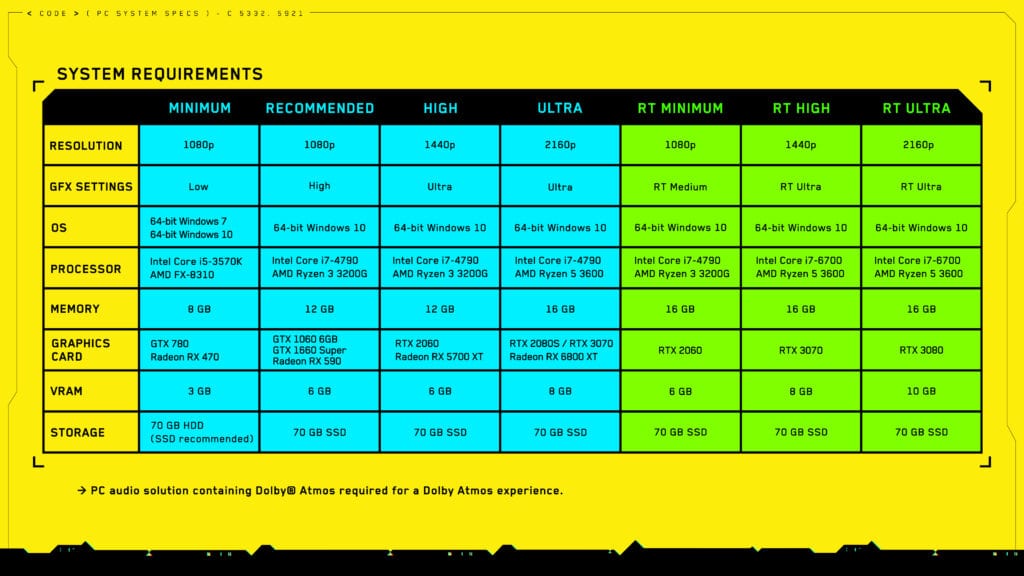 Nvidia and CD Projekt Red have also released the PC specs required to pull of ray-tracing, and the other various graphical aspects of the game, alongside this Cyberpunk 2077 PC trailer. Nvidia suggests using their RTX 2060 graphics card to enable ray-tracing at a minimum level, and their RTX 3070 and 3080 cards to enable it high and ultra levels, respectively. Using the RTX 3080 will also allow ray-tracing to operate in 4K and above. While other graphics cards will work at some point for the game, Nvidia’s graphics cards are expected to provide the best results at launch given their working relationship with CD Projekt Red. It is quite excellent to see what the two companies were able to accomplish by working together, and hopefully the game executes that vision with its story. Something tells me, that especially with Keanu Reeves’s help, it’s going to be breathtaking.

What do you guys think about this Cyberpunk 2077 PC trailer’s ray-tracing effects? Let us know in the comments below! Be sure to stay tuned for the latest Cyberpunk 2077 news, such as the newly revealed free The Witcher DLC items that will be available for Cyberpunk 2077 players, here on Don’t Feed the Gamers! Follow us on Twitter to see our updates the minute they go live!

Baldur's Gate III Mod Lets You Play As A MIndflayer