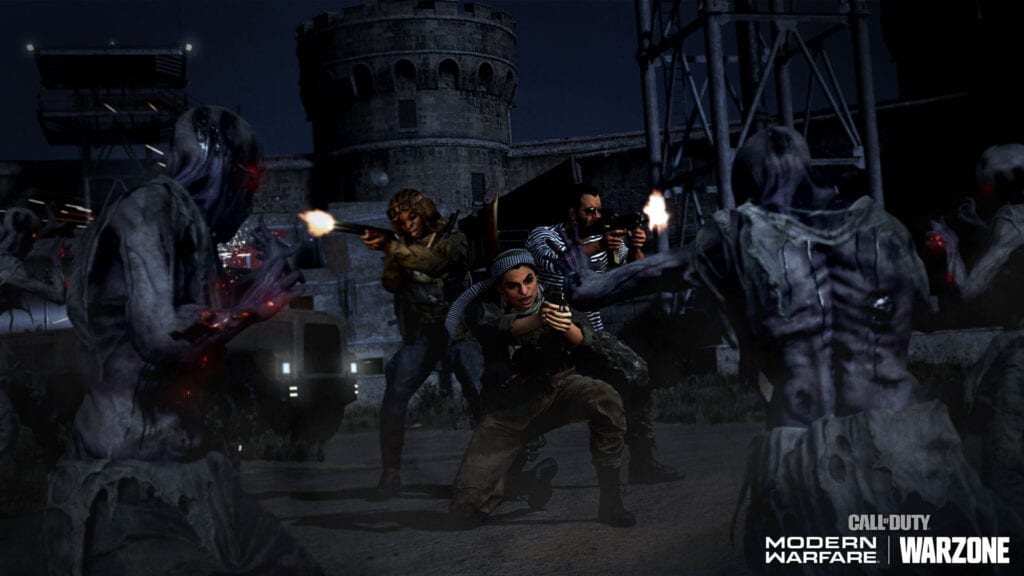 At the beginning of the second season for Call of Duty: Warzone, a cargo ship named the Vodianoy washed ashore bringing with it a terrible zombie plague in the form of events in and around the ship itself. Now it seems as though players will have some more chances to get in on the action, as the undead have begun to spread across Verdansk.

A new blog post from Call of Duty reveals that the zombies are indeed beginning to spread across the map. Now players will be able to find the undead beings within both the Prison and the Vodianoy. Just like players are able to trigger an event at the Vodianoy, the Prison will also feature an event that allows players to fight off a horde of zombies for extra loot.

To do so, fans will need to activate the Zombie Terminal within the new location and kill 40 of the undead creatures within a small window of time, all the while fending off enemy players as well. After the zombies have been eradicated, players are then granted a keycard that can be used to open a special loot chest containing weapons and a Legendary Gas mask.

Double-check the cells at the #Warzone Prison Complex…

It’s unclear at the moment as to just how much the zombie outbreak in Call of Duty: Warzone will spread throughout Verdansk but, it would be interesting to see the infection spread more and more as larger numbers of players get involved or die to the infected. The title is currently available for PC, Xbox One, PlayStation 4, Xbox Series X/S, and PlayStation 5. Will you be fighting back against the zombie hordes? Let us know your thoughts on the second Zombies event in Call of Duty: Warzone and more in the comments section below. As always, don’t forget to follow Don’t Feed the Gamers on Twitter for 24/7 coverage of all things gaming and entertainment.