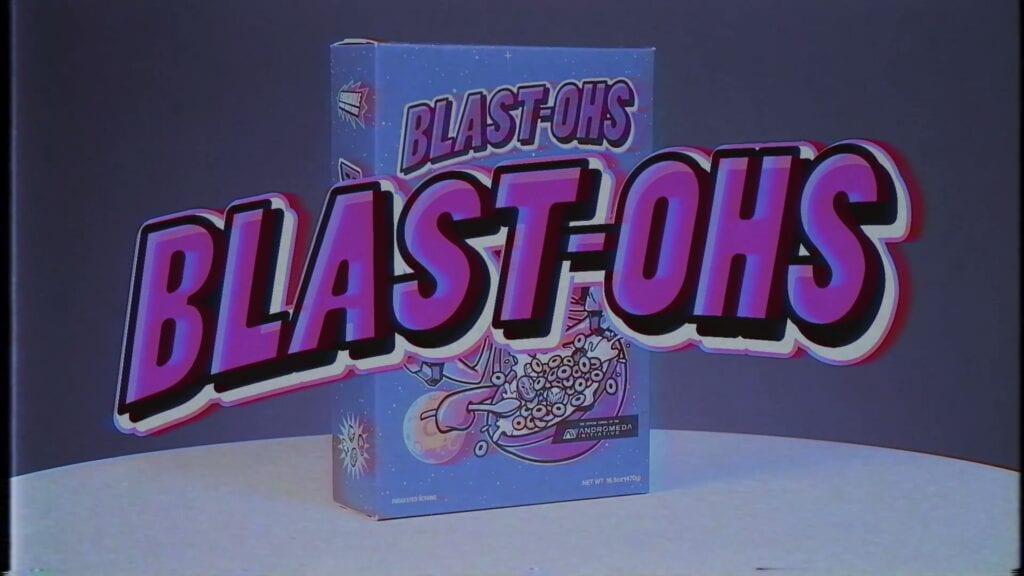 It wasn’t long ago when BioWare celebrated the ten-year anniversary of Mass Effect, looking back on the original game’s release back in 2007. While the affair was an emotional one for fans, the fact remains that outside a few supplemental media, the monumental franchise is still very much on hold. In the meantime, many fun fan creations have kept the love alive with even Nike seemingly taking inspiration from the sci-fi series. Recently, developer BioWare contributed to the fandom as well, conceptualizing a fake Mass Effect cereal called “Blast-Ohs”.

In a hilariously tongue-in-cheek video, BioWare features a commercial for Blast-Ohs, a breakfast cereal based on the over-the-top Mass Effect character Blasto the Hanar Spectre. The equally outrageous meal advertises a taste comparable to the Milky Way galaxy with “advanced carbohydrate technology,” and a healthy dose of Element Zero to fuel a growing biotic’s abilities. Blasto “itself” is featured in the the fake ad, asserting that “this one” didn’t endorse his Spectre status being used to sell cereal.

While the above video is clearly not meant to taken seriously, it’s likely that fans would gladly risk Element Zero radiation to enjoy a bowl or six of Blast-Ohs cereal. Unfortunate as it may be, breakfast isn’t in the studio’s future, but what we can expect from BioWare is their next original IP Anthem, which is aiming to become EA’s next big franchise.

What do you think? Would you buy this Mass Effect cereal in a heartbeat, or would you have done it twelve times in that amount of time? Let us know in the comments below and be sure to follow Don’t Feed the Gamers on Twitter to be informed of the latest gaming and entertainment news 24 hours a day! For more Mass Effect stuff from recent weeks, check out these next few news stories: