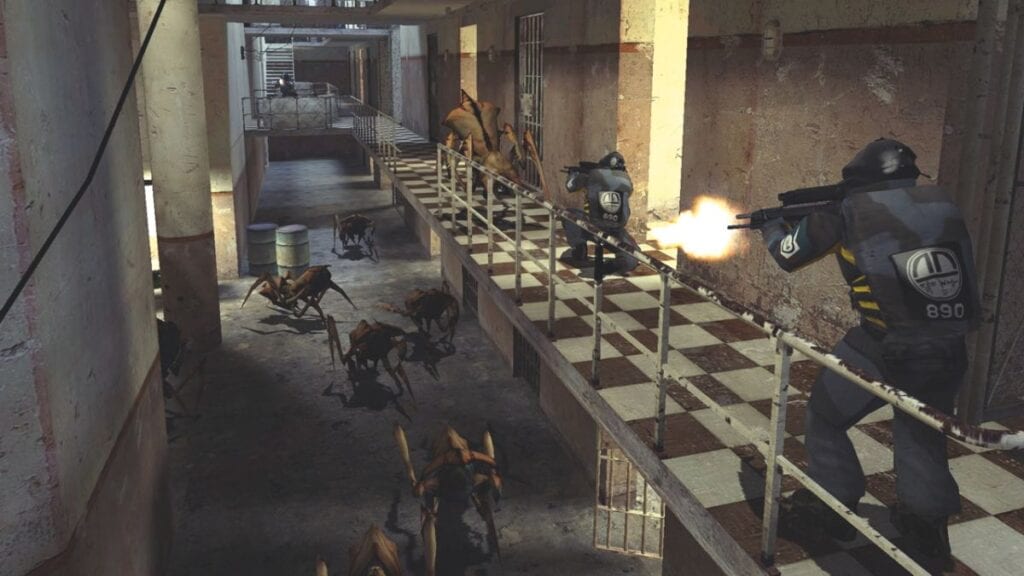 Few gaming franchises have remained as infamously elusive as Half-Life. The franchise helped put Valve on the map and establish their Steam digital storefront empire. However, it was this PC-retail movement that ironically put the cornerstone Valve franchise into dormancy until the recent release of the Half-Life: Alyx VR game. One casualty of the franchise’s shelving included a cancelled Half-Life game that was being worked on by Arkane Studios. The developer spent much time on what would have been Half-Life 2: Episode 4 and now it seems footage of that failed project will be included in a new Arkane Studios documentary.

Documentary group Noclip is producing a new Patreon-funded feature on Arkane Studios, covering the studio’s long history of game development. To help excite fans for the video, Noclip has been releasing some clips of Arkane games on their Twitter account. One of the posts showed off an FPS game with the player pointing a gun at a zombie. This would seem to indicate that the documentary will feature footage from the unreleased Half-Life 2: Episode 4, or “Return to Ravenholm” as Arkane referred to it at one point.

The documentary will also feature insight into Arkane’s other big projects, including Prey and the Dishonored games. Other cancelled projects will also be highlighted such as The Crossing and LMNO, the latter of which originally had Steven Spielberg involved with its development. The full Arkane Studios documentary will be released on Tuesday, May 26th. It is not often that such a close look into a developer’s processes for projects are seen so closely and intimately like this, and hopefully some answers as to what the cancelled Half-Life may come out of the crate they’ve been hiding in through the sheer investigative crowbar that is documentary filmmaking.

What do you guys think about this cancelled Half-Life game being included in an Arkane Studios documentary? Let us know in the comments below! Be sure to stay tuned for the latest Half-Life news, such as the Half-Life: Alyx no VR mod being available now on PC, here on Don’t Feed the Gamers! Follow us on Twitter to see our updates the minute they go live!