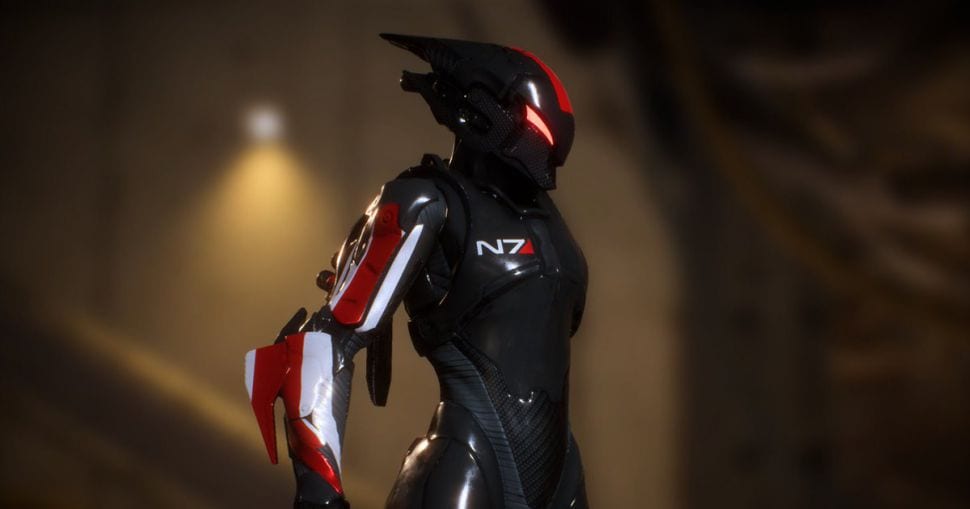 Bioware has been known to place small hints and teases of their franchises within each other, for example being able to wear a Dragon Age-inspired armor set in Mass Effect 2 or the mounted Krogan head that can be found in Dragon Age Inquisition. Now Mass Effect appears to be setting its sights on Anthem, subtly infiltrating the next big BioWare title with style.

According to Producer Mike Gamble, the people of Fort Tarsis celebrate N7 day too and his Twitter account features the Interceptor Javelin sporting a N7 armor scheme. This hasn’t been the first time the Mass Effect-inspired armor was seen either. One of the multiple devs streams also showed off  Shepard’s iconic armor on the Ranger Javelin.

It would appear that through the use of Anthem’s customisation options players will be able to create their own likeness of the armor or maybe even be able to recreate others such as Tali’s black and purple suit, Liara’s Blue and White outfit, or maybe even Garrus’ Archangel armor.

Mass Effect may be on hiatus at the moment but devs have stated that the future is bright for the franchise, hopefully fans will see a new title sooner rather than later. Hopefully this is just the start of more adventures in the galaxy so many fell in love with.

Anthem is set to release on February 22nd for PC, Xbox One, and PlayStation 4.  Let us know your thoughts on the N7 armor in Anthem and more in the comments section below. As always, don’t forget to follow Don’t Feed the Gamer on Twitter for 24/7 coverage of all things gaming and entertainment. 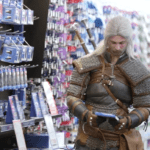 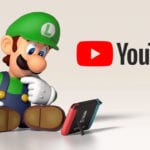