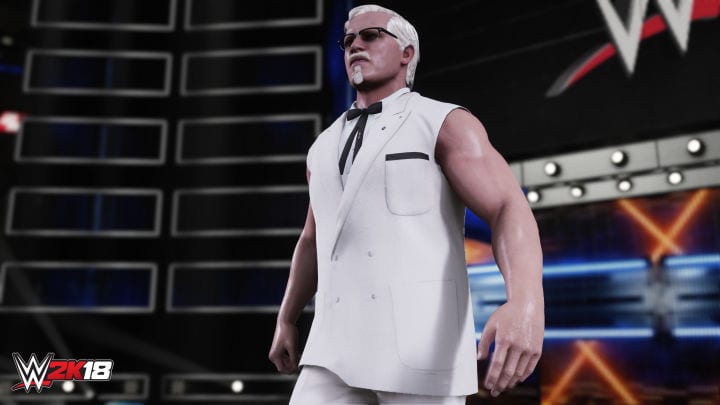 The WWE series of video games has become notorious among internet culture, especially video game-related video sharing sites, for its custom character creator features that allow players to stage fights between real and fictional characters that might otherwise never been seen. However, when a WWE game has included characters not expected to appear in the game, it has usually had some significance behind it. KFC has been no stranger to bizarre marketing tactics such as a new KFC VR experience. Leave it to a new WWE 2K18 KFC promotional tie-in to bring the legendary Colonel Sanders to the game.

The video seen above was posted to KFC’s official Twitter account, shows RAW General Manager Kurt Angle announcing that both he and KFC founder Colonel Sanders will both be playable characters in the game. The announcement is suddenly cut off by the Puppers Cluckers chicken mascot seen in another KFC commercial, which marked the debut of Angle as the new actor to portray Colonel Sanders in KFC commercials. The earlier commercial showed Angle as the Colonel wrestles with the Puppers Cluckers chicken mascot both in the world of the commercial and a real WWE match. 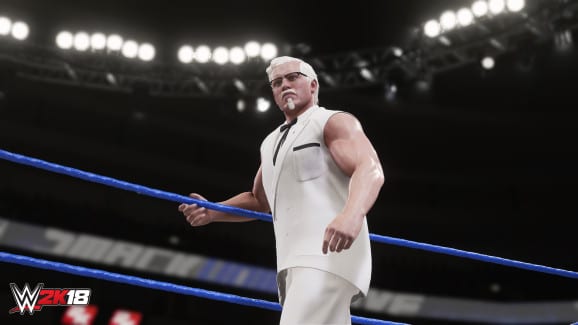 The new announcement video shows both Kurt Angle as himself and as the Colonel conversing with each other, and claiming that as Colonel Sanders, he is “a real person”. The Puppers Cluckers chicken is about to point out that he looks like Kurt Angle before being K.O.d by the “Colonel”. It’s no surprise to see KFC continue their tradition of odd marketing tactics, and hopefully we get to see a semi-legitimate fight between the Colonel and Ronald McDonald once and for all. What do you guys think about this strange WWE 2K18 KFC cross-promotion? Let us know in the comments below!

Be sure to stay tuned for the latest WWE 2K18 news, such as the newly revealed DLC characters for the game, here on Don’t Feed the Gamers! Follow us on Twitter to see our updates the minute they go live! 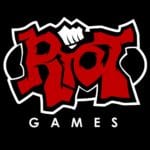 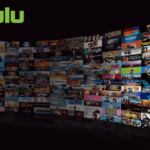