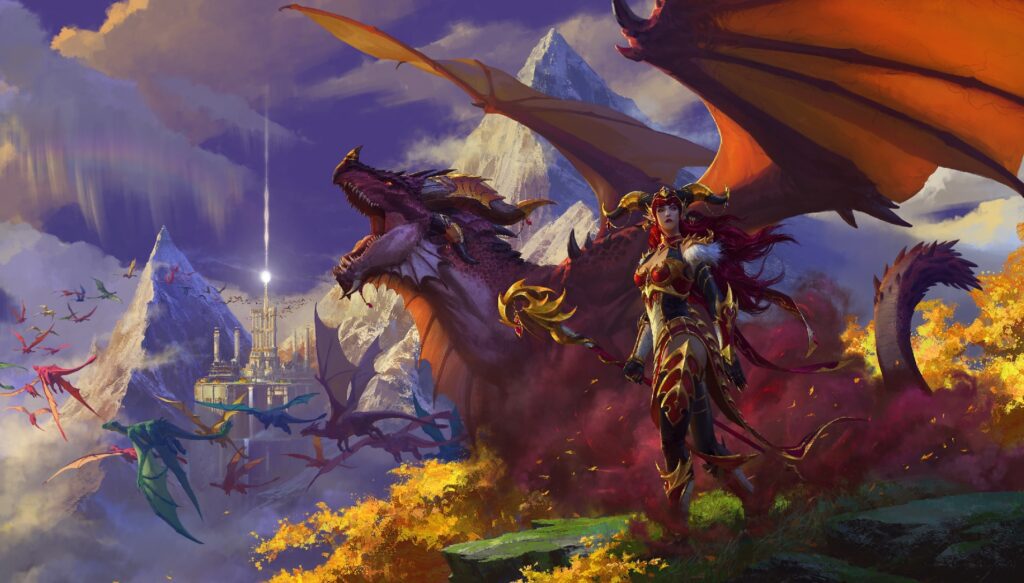 World of Warcraft is once again poised to become a contender for your free time with the announcement of the brand new Dragonflight expansion. Revealed during a recent livestream, Blizzard debuted a cinematic trailer for the expansion that provides a brief look at some in-game history, before honing in on how dragons have returned to take on a dangerous new threat.

As noted during the livestream, World of Warcraft: Dragonflight will focus on Azeroth’s Dragon Aspects, something not particularly dwelled on since Cataclysm back in 2010. Players will be tasked with journeying to the Dragon Isles, split up into five zones, in order to assist the Aspects with restoring their power and putting a stop to the aforementioned new threat. Helping out the Aspects will come with its perks, as players will be able to navigate the new zones upon the backs of dragons.

Dragonflight brings with it the new race Dracthyr, essentially dragons that can shapeshift into humanoid forms. Alas, the race is locked to the new Evoker class, which will also be making its debut in Dragonflight. Evokers will have access to two specializations: Devastation, a ranged dps spec, and Preservation, its healer counterpart. Dracthyr can join up with either the Alliance or Horde and will have their own unique starting area.

World of Warcraft: Dragonflight is now in development. A release date has yet to be mentioned, though news of the expansion’s alpha is expected soon.

Thoughts on the newly revealed Dragonflight expansion? Let us know in the comments section below, and as always, stay tuned to Don’t Feed the Gamers for all the latest gaming and entertainment news! Don’t forget to follow DFTG on Twitter for our 24/7 news feed!