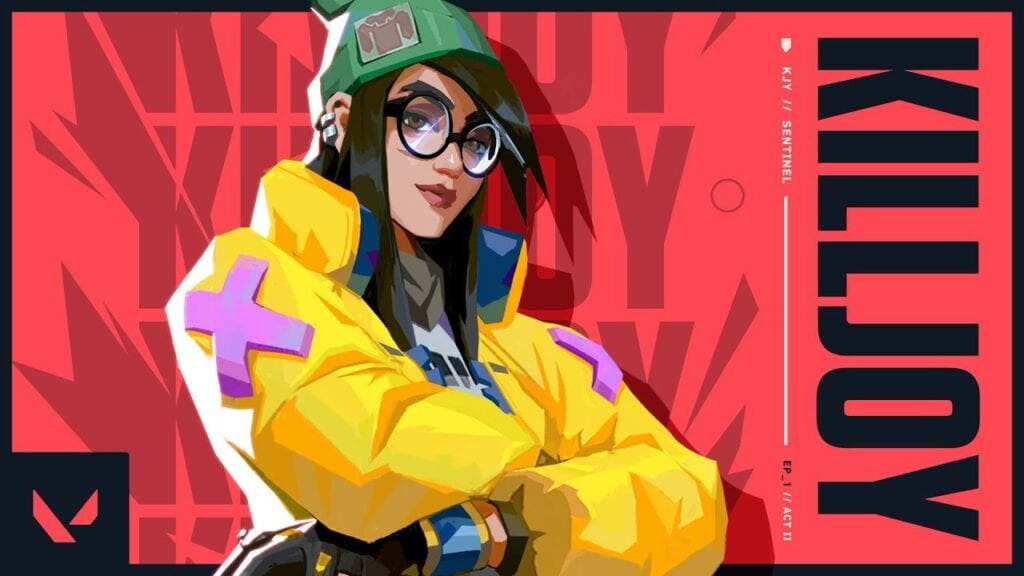 Now that we’re *checks notes* one day away from the ending of Valorant’s Ignition: Act I Battlepass, the folks over at Riot Games have revealed what’s to come once all those sleek Kingdom-themed weapons go away. The previously revealed Agent Killjoy will be making her official debut tomorrow at the start of Valorant Act II, as will a brand new Battlepass, loads of new weapon skins, and the introduction of the ever-reliable free-for-all deathmatch mode.

On the cosmetic side of things, the arrival of Act II brings with it the new Glitchpop skin line, featuring a whole lot of neon colors and a blend of corporate and indie brand stickers. These skins will be available for Frenzy, Bulldog, Odin, and Judge, with a melee weapon also available likely as an exclusively for purchasing the entire set. Check out the Glitchpop skin trailer:

Noodle eating aside, the Valorant Act II Battlepass features “unique unlockables, including gun skins, gun buddies, sprays, player cards, player titles, and Radianite Points,” not unlike the current Battlepass. The new Battlepass will cost 1000 VP. As for the new free-for-all Deathmatch mode, said mode will launch as a Beta on August 5th. It will feature 10 players duking it out with infinite money, no abilities, and no Spike. The first player to snag 30 kills – or has the most kills after 6 minutes – wins.

So, thoughts on the new weapon skin set? Did you snag any of the previously released Elderflame skins? Let us know in the comments section below, and as always, stay tuned to Don’t Feed the Gamers for all the latest gaming and entertainment news! Don’t forget to follow DFTG on Twitter for our 24/7 news feed!