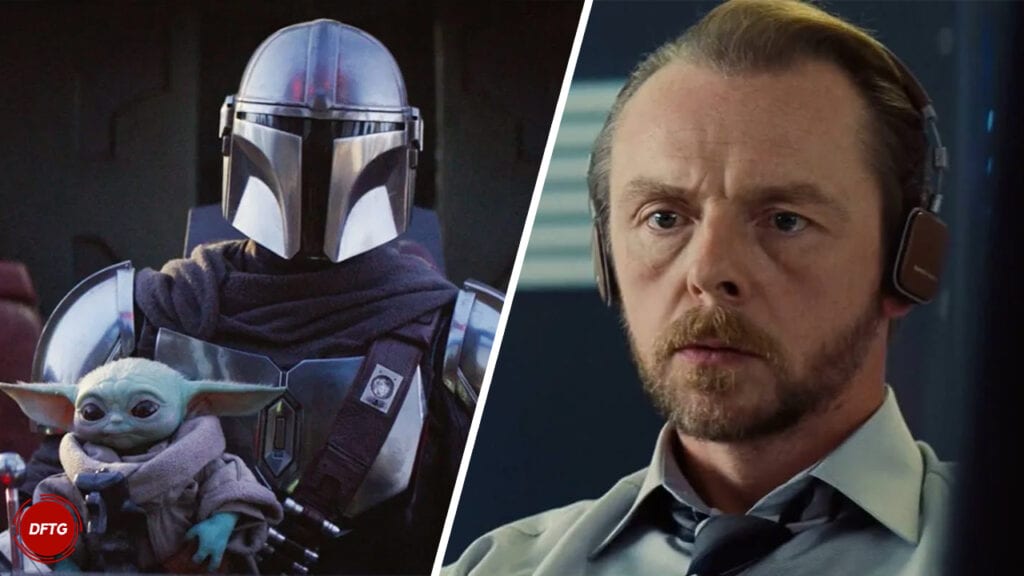 Star Wars films are taking something of a hiatus for now, with the Skywalker Saga having been completed with Episode IX: The Rise of Skywalker’s release, and the franchise has no signs of slowing down. The final season of the Clone Wars animated series recently finished and The Mandalorian season 2 has been promised for October this year. The new season has excited many with the recent announcements of casting decisions, such as Temura Morrison returning to play Boba Fett. With such a reprisal confirmed, nerd-favorite actor Simon Pegg has expressed his interest in returning to the galaxy of Star Wars in The Mandalorian.

Simon Pegg recently spoke with Collider about his many iconic film and television roles. Among them, are several appearances across the Star Wars multimedia landscape, having appeared in The Force Awakens as Unkar Plutt and in the Clone Wars and Battlefront II as the voice of bounty hunter Dengar. Well, it seems that Pegg is quite interested in reprising the role of Dengar, especially in The Mandalorian series. As he states in the Collider interview.

I’ve mentioned it a few times, but surely, if Taika [Waititi, director] and [series creator Jon] Favreau decide to bring Dengar into The Mandalorian, then I have some form [of experience] in the past having played him in Star Wars: Battlefront and The Clone Wars. So just saying. I heard they just employed Katee Sackhoff to play a character that wasn’t in the movies but she played it before in a different Star Wars thing, so just saying.”

The Katee Sackhoff reference is indeed valid, as she was originally only the voice of the character Bo Katan on the Clone Wars, and she has now been cast to portray the character in live-action on The Mandalorian. So, getting Simon Pegg to wear Dengar’s headwrap would not be out of the question. Hopefully, this does become a reality, so they can also get Pegg’s Hot Fuzz buddy Nick Frost to be Zuckuss as well.

Do you guys want to see Simon Pegg reprise his role as Dengar in The Mandalorian? Let us know in the comments below! Be sure to stay tuned for the latest Star Wars news, such as Mark Hamill’s comments on why he is retiring from the role of Luke Skywalker, here on Don’t Feed the Gamers! Follow us on Twitter to see our updates the minute they go live!