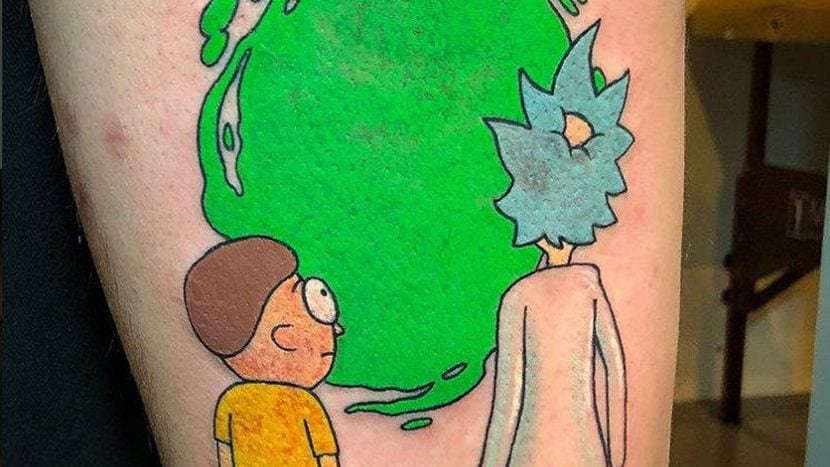 Given the length of time it took to make the official renewal of Rick and Morty for 70 more episodes, it seems as though fans will still have quite a while to wait for the next season of the megahit show. Luckily, lovers of the series have found a way to stay occupied until then, be it with ancillary Rick and Morty stories like the one in Virtual Rickality or even creative endeavors of their own.

One such fan has opted to use their own body to celebrate the show with a special green screen Rick and Morty tattoo, which has elicited quite the response from the Internet. You can check it out in the video below:

Tattoo artist Lee Rowlett of Mama Tried Tattoo Parlor in Louisville, Kentucky recently shared a video of his Rick and Morty tattoo creation on his Instagram account. The tattoo shows the titular characters looking at one of the iconic portals from the show created from Rick’s portal gun. Whereas the portals on the show are often multicolored, this one is plain green, like a standard movie set green screen.

Using an app, Rowlett was then able to superimpose footage of the show’s intro into a quick clip of the tattoo, making it appear as though the Rick and Morty on the tattoo are looking at snippets of alternate-dimension versions of themselves.

Thanks @dank_haus for putting this cool animation in @waynekrauth ‘s tattoo. 🙏🙏 I love it

This stellar tattoo has caught the attention of not just fans, but Adult Swim themselves, who have shared videos of the tattoo on their official accounts. Some fans have even taken to making their own animations to place over the green screen shots, such as Dank_Haus’s Portal animation seen above. This is certainly a unique and innovative way to express a passion for both body ink and Rick and Morty. Hopefully, the wait for more episodes is temporary, unlike this awesome tattoo. What do you guys think about this Rick and Morty tattoo? Let us know in the comments below!

Be sure to stay tuned for the latest news surrounding the massively popular series, such as the Rick and Morty Dungeons & Dragons crossover comic, here on Don’t Feed the Gamers! Follow us on Twitter to see our updates the minute they go live! 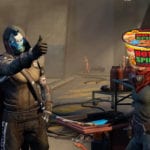 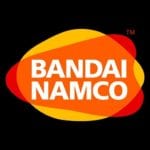