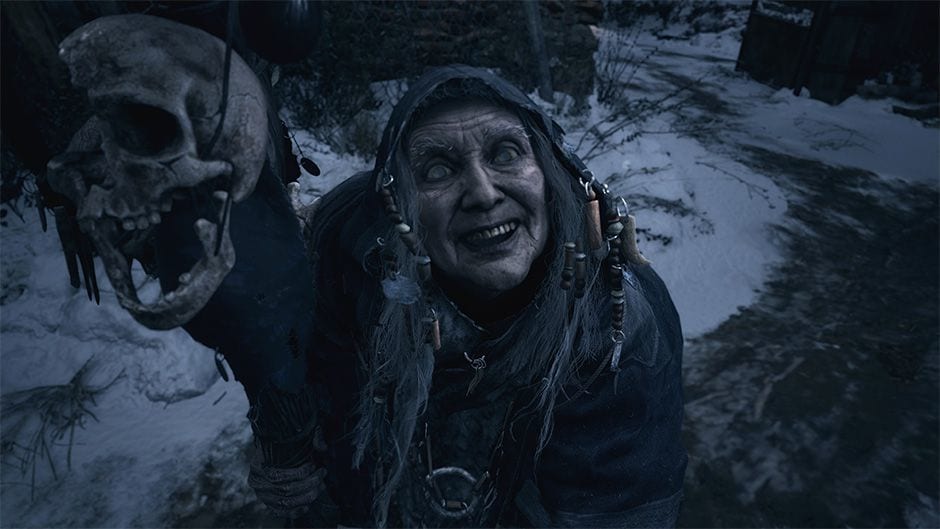 Yet another Resident Evil Showcase has come and gone, bringing with it a few surprises as well as more information on the upcoming installment in the franchise. That said, following the presentation, Capcom officially confirmed what sort of framerates and resolutions players can expect to experience while playing Resident Evil Village on consoles.

Over on the Resident Evil website, a graph can be seen that shows the output resolution and expected framerate for Resident Evil Village on eight different platforms: PlayStation 4, PS4 PRO, PS5, Xbox One, Xbox One X, Xbox Series X/S, and Stadia. Coming in on the lower end of the spectrum is the PlayStation 4 and Xbox One, which should be able to achieve 45 fps in 900p and 30 fps in 900p, respectively. On the other end is the PlayStation 5, Xbox Series X, and Stadia, which are all able to reach 60 fps in 4K. It is important to note that Stadia’s 4K is thanks to dynamic resolution which helps upscale to 4K. Check out the graph for yourself below: 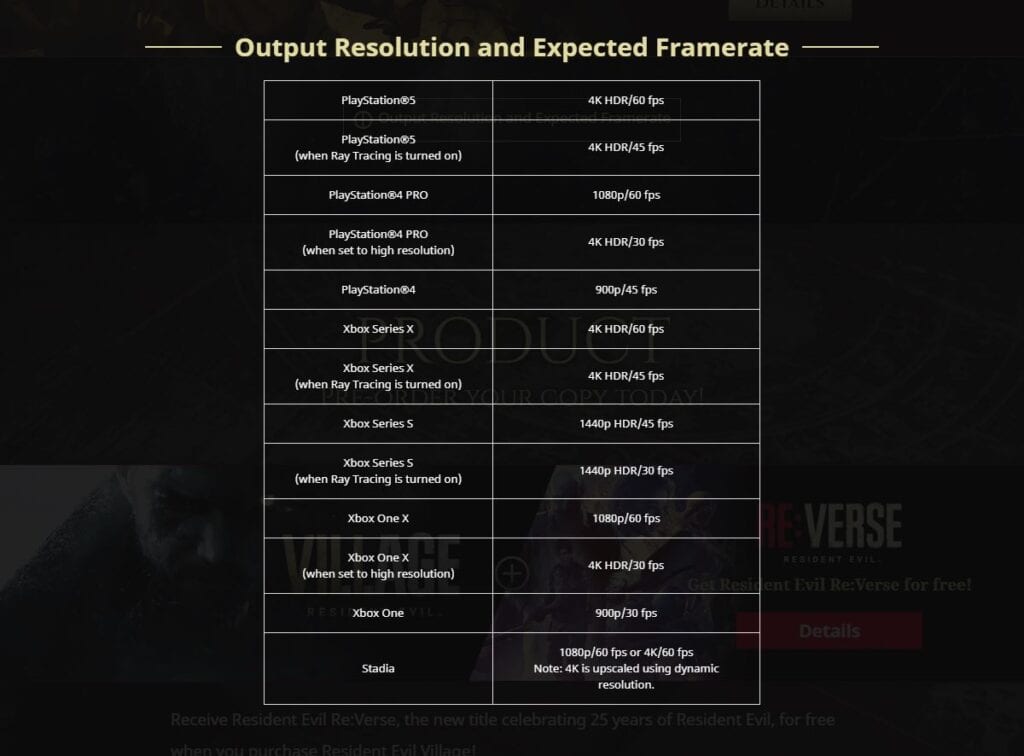 For those unable to see or access the graph, this is the output resolution and expected framerate for Resident Evil Village on consoles:

Resident Evil Village is set to officially arrive on May 7th for PC, PlayStation 4, Stadia, Xbox One, and new-gen consoles. Keep it tuned to Don’t Feed the Gamers as this story develops, and for other gaming goodness going on right now, check out the following:

What say you, gamers? Are you excited to get your hands on Resident Evil Village in a few weeks? Which platform will you be playing the new entry on? Sound off in the comments section below, and be sure to follow DFTG on Twitter for live gaming and entertainment news 24/7!