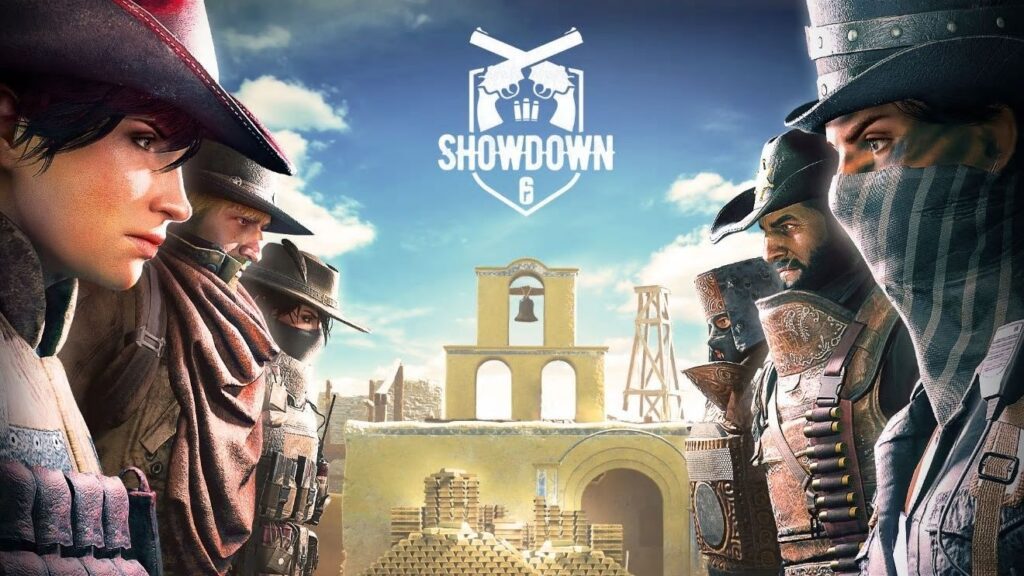 Rainbow Six Siege has introduced quite a few small events that brought interesting changes to the existing gameplay such as a zombie outbreak, futuristic cyborg warfare, and various other themed escapades. The developers even went back in time with a wild west themed event called Showdown, allowing players to take part in a new game mode and collect cosmetic items playing into the sheriffs and bandits motif. Now the event is making a return bringing even more content for players to enjoy.

Similar to the previous release of the event, this year’s Showdown event will allow players to join into 3-versus-3 matches in a special version of the Secure Area game mode. This particular version of Secure Area will be played on the Fort Truth map introduced the last time Showdown made an appearance and will feature Tactical Realism rules including a limited HUD. This means players will have to make do with no health, ammo count, or crosshairs as they try to duke it out with the opposing team.

Described as “the baddest of the bad” and “the ugliest of the ugly,” playing on the Graveltop Gang’s side are Alibi, Kaid, Caveira, Maestro, and Rook. On the other side, the vigilante sheriff posse of The Law consists of Maverick, Ash, Twitch, Capitão, and Glaz. As with the first appearance of the Rainbow Six Siege: Showdown event, teams will need to “make sure every bullet counts” and will only be allowed to use either the BOSG.12.2 shotgun or the LFP586 revolver.

Fans who were unable to finish gathering all the items in the Shodown cosmetic collection will have another chance to do so on top of gathering the new items arriving in the returning event. Just by logging in, players will receive one free pack to open for the event itself. Players are also encouraged to go the microtransaction route by purchasing either Operator Bundles or Alpha Packs to load up on “personalized uniforms, headgears, and weapon skins.”

Tom Clancy’s Rainbow Six Siege is currently available for PC, Xbox One, PlayStation 4, Xbox Series X/S, and PlayStation 5. The Showdown event will last a whole week from September 21st to September 28th of this year. Will you be returning to Fort Truth for some Wild West action? Let us know your thoughts on the Showdown event for Rainbow Six Siege and more in the comments section below. As always, don’t forget to follow Don’t Feed the Gamers on Twitter for 24/7 coverage of all things gaming and entertainment.