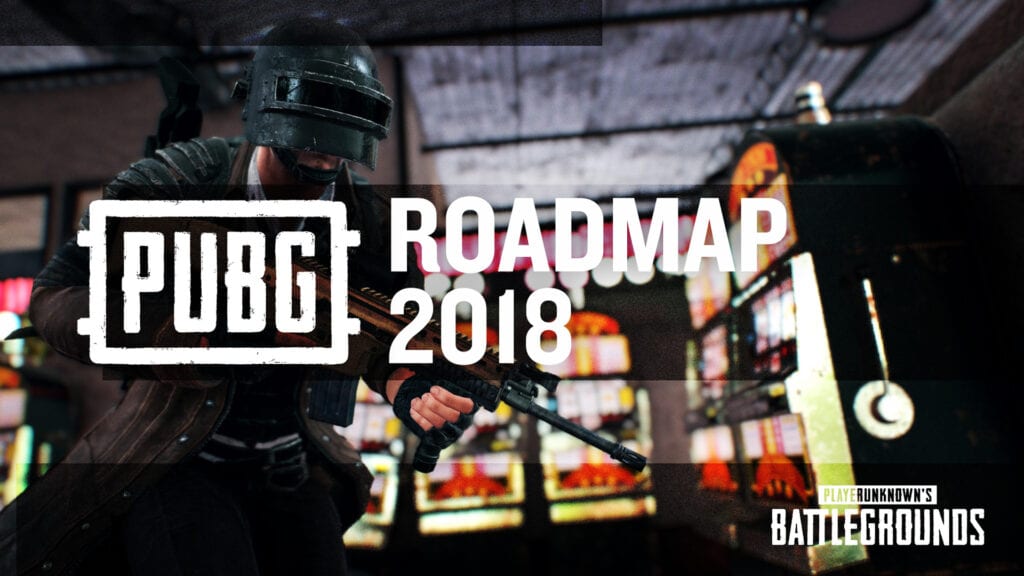 PlayerUnknown’s Battlegrounds is a title that has been met with huge success, winning many awards and accolades. The team has developed tons of great content that broke records for concurrent players numerous times. Because of that, the developers have released the PUBG 2018 roadmap that highlights many new items they plan to release or improve on this year. Some of these features include a new 4×4 km island map, an emote wheel, eSports, custom gameplay, and much more. PlayerUnknown himself, Brendan Greene, took the game’s website to provide more details:

Today, I finally get to talk to you about our vision and roadmap for 2018. We have come a long way over the past 2 years and have learned so much. We’ve done a lot of planning over the last two months, and today we reveal how we want PUBG to evolve in 2018. We’ve worked hard over the past 2 years to build a good foundation for the most realistic Battle Royale experience out there. This year we plan to build on that foundation and really start to polish our features, squash the remaining bugs and expand the game even further.

When we came out of Steam Early Access, we told you that it was just the beginning of our journey. This year we’re committing to a major content delivery cycle every two months, the first of which is planned for this month. Each of these major updates will bring changes to specific systems and/or introduce new content. Smaller updates between the major ones will also continue throughout the year.

This year we want to involve our players in the ongoing development of PUBG even more than before, and to aid with this we plan to open an Experimental Test Server so we can get your valuable feedback on our feature/content development cycle sooner and for you to have a real impact on how our game changes and develops going forward.

It is also our aim to continually upgrade the game’s aesthetic side, and today we want to share some before/after images showing work the art team has been doing to improve the way houses are rendered in the game.

Check out the PUBG 2018 Roadmap below, which has been provided by Bluehole Studios:

Next month we will be deploying a new, 4x4km island map on our Experimental Test Server for you to try out. It’s a much smaller map and should give you all a much more intense and faster paced Battle Royale experience. It will offer a higher player density and shorter matches and we want to get it into your hands early this time around so we can use your input to make it a great experience for everyone. 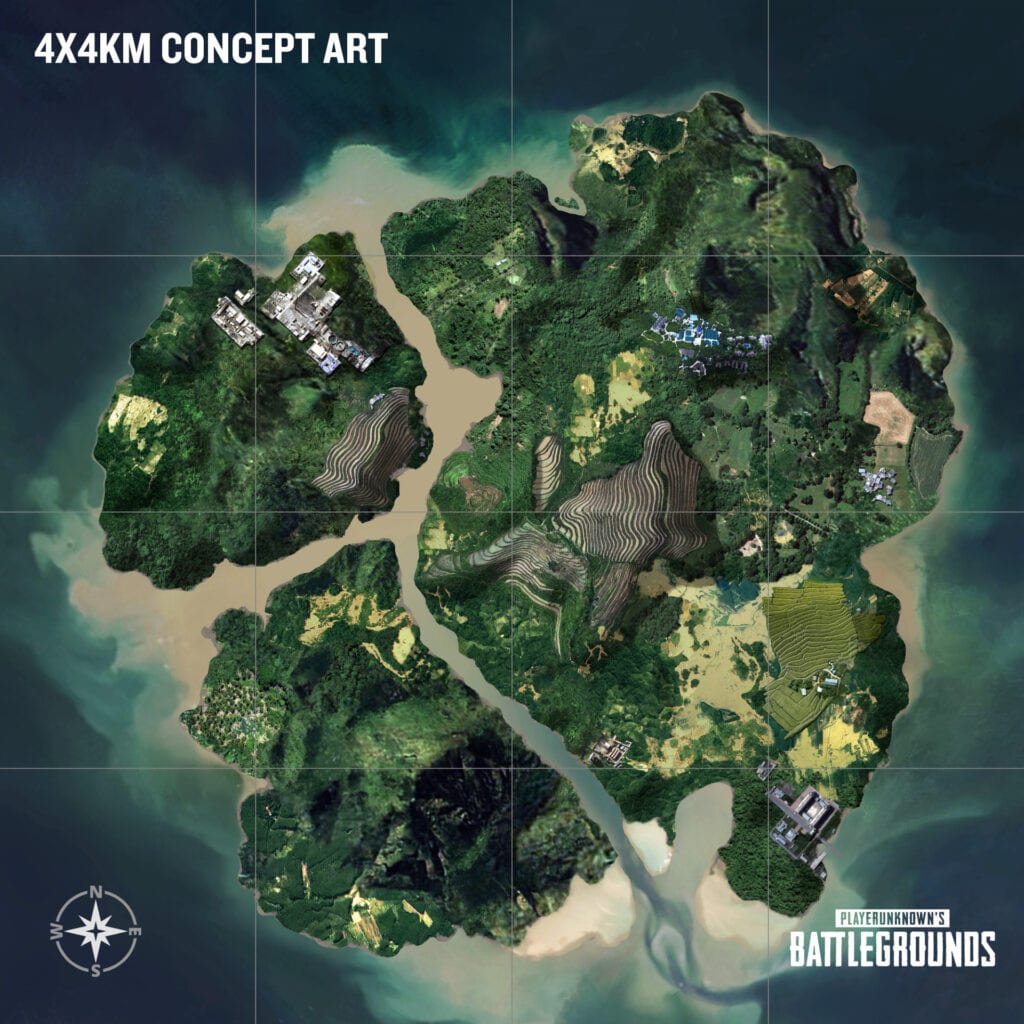 We’re also ready to begin testing our Emote System. You will be able to check it out on our Test Servers very soon. We’re looking forward to receiving your feedback on this new system and we will continue to expand on the range of emotes available throughout the year. For now, here is a brief preview of some of the work we have been doing on this system.

I’ve been working with our amazing game design team to plan some new and interesting Game Modes for PUBG. We’re still early days when it comes to hammering out all the kinks and details, so I’m unfortunately not yet at a place where I can share specifics.

We plan to add new vehicles in the first half of the year and want to continue expanding our weapon set and also add new weapon attachments this year. Here is a peek at one of the new weapons coming soon.

Another new map that we’re working on is planned to be 8x8km in size. As with the smaller map coming to the Experimental Test Servers, we want to get this into your hands early in its development, so you can help us make the gameplay great on this new map.

We’re ready to begin testing Achievements, in-game friends list and squad voice chat in the main menu! We also want to further allow you to customize your character, and both parachute and weapon skins will be added in the future to help with this.

We will also be testing limb and vehicle bullet penetration on the test servers later. This will add new depth to our ballistic system, and increase the realism of gameplay. We, of course, will listen closely to your feedback on these new systems, and if you have concerns, please head over to our forums and leave your feedback there.

In 2018, we will be looking at overhauling our entire TPP and FPP animation systems to make them smoother and more reactive to the environment. This will include animations for getting inside vehicles and changing seats while in the vehicle. We also want to improve how the character moves to allow our 3D replay to deliver some truly great content.

Also on our roadmap is an overhaul for the parachuting system, to make it more responsive and polish the overall look of the animations. We are also working to improve our armed and unarmed melee combat systems.

We have not forgotten about our core responsibility to our players – to provide a stable, smooth and secure environment for enjoying a great Battle Royale experience. We are continuing our daily work to combat cheaters, improve server stability and further optimize our servers and clients. It is impossible to solve these problems once and for all, but our goal is to continuously improve in this regard.

Due to the sensitive nature of this subject and to maximize the impact we can have, I won’t be able to go into specific plans. However, we’re planning to keep you more up-to-date about our efforts as we have major victories to share.

In the first half of 2018, we intend to increase the detail of vehicle sounds, which means introducing suspension sounds and more skidding sounds. We also want to work with surfaces that would reflect different weather conditions and add rain sounds to vehicle surfaces. Also in the first half of the year, we’re looking at making the gun sounds more distinctly different depending on POV.

In the second half of the year, we plan to change the sound that the player produces while moving so that it corresponds to the equipment they are carrying. We also plan to introduce different breathing sounds when the player is, for example, running, aiming down sight or holding breath.

Seriously, we are not there yet, but we will be. Thanks to the amazing feedback coming from the player community and professional scene we believe we’re moving in the right direction. We truly want to build a great foundation for Battle Royale esports, and while we have seen some great events already using our game, we have much work to do, especially with the observing side of things.

We believe our 3D replay system is the key to allowing orgs to provide much better coverage of a match. This year we want to further improve the live spectator tool, but also integrate a replay system for spectators to use during live matches. Our data analytics team has been pouring over ranking and player performance data for the past 3 months, and they are now working on improving MMR and the overall ranking system.

We have great teams working on these systems, and along with our new Play Data API toolset, we think 2018 will be a great year for us to further strengthen our esport foundation.

The Custom Game System will itself be further expanded to allow more fine grain control and quality of life features like saving presets. We’re also planning to distribute access to a wider audience of players so that there are more custom games available to join at any given time.

We can’t thank you enough for your patience thus far and we will soon share more details with you regarding our successes and future challenges in this regard.

This year we will be introducing the PUBG Developer Portal. Our Developer Portal will introduce the PUBG Developer API, a development blog, and technical notes regarding game updates. The API Service will support developers in the community by providing player and match data around gameplay performance. It will also provide match-level, season-level, and lifetime-level data for developers to create compelling resources for players.

Another interesting and useful application of our API will allow esports groups and other third parties to create custom games within PUBG. This will enable esports groups to effectively manage games while minimizing ongoing technical work on the part of PUBG Corp.

What do you think about all the planned changes coming up this year seen in the PUBG 2018 roadmap? What else would you like to see the team add or fix in the game? Sound off with your thoughts in the comment section below, and don’t forget to check out DFTG on Twitter for gaming and entertainment news live 24/7! 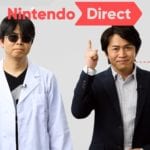 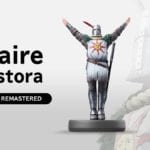