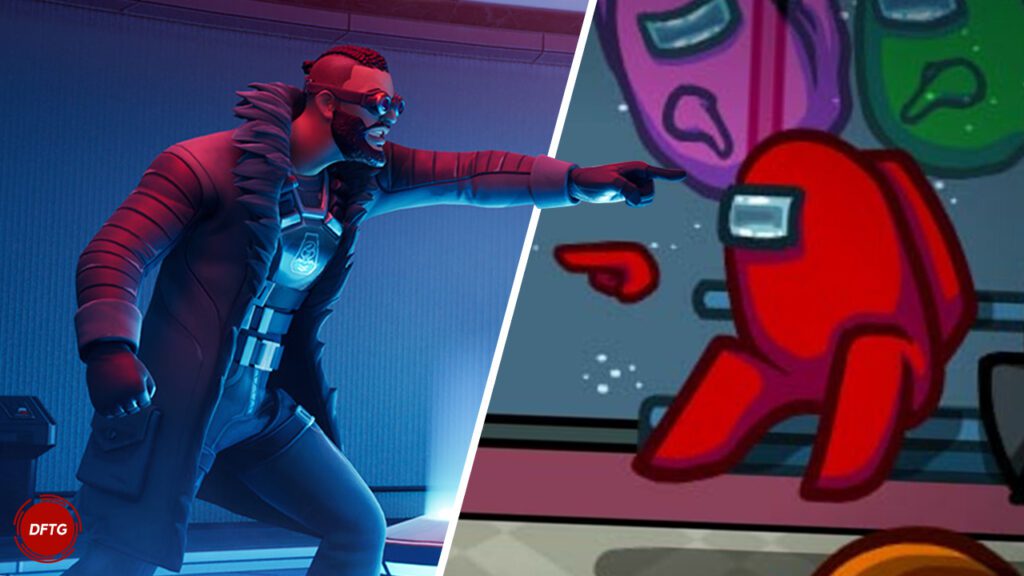 Over the years, Fortnite has proven no stranger to crossovers, even as the battle royale ventures into its latest cube-driven season and fourth year overall. Having borrowed premises from the likes of Street Fighter, DC and Marvel heroes, to even real-life celebrities to compete in mass combat, Fortnite seemingly opted for an unofficial union with the advent of its recent ‘Imposters’ mode, which made waves for its more-than-striking resemblance to developer Innersloth’s indie hit, Among Us.

Originally released back in August, Fortnite’s Imposters mode shared more than just the “imposter” moniker, adopting a near-identical asymmetrical premise. In a collection of 10 players, 8 Agents attempt to maintain various so-called Assignments on The Bridge, while the 2 remaining Impostors are tasked with sabotaging these efforts and covertly taking out players who stand in the way. Periodically, all players also take part in Discussions intended to speculate and vote out a suspicious Imposter player. Sounds familiar, right?

In the most recent October update on the Fortnite blog, Epic Games has now officially acknowledged the obvious similarities between ‘Imposters’ and Among Us, illustrating the mode was indeed “inspired by Among Us from Innersloth.” This small mention comes nearly two months after Among Us fans first noticed the recreation on the part of Epic, with Innersloth employees themselves even commenting on the mode’s slim differences and questioning why an official collaboration couldn’t have just taken place.

like game mechanics fine, those shouldn’t be gatekept, but at the very least even different themes or terminology makes things more interesting? ?

Reach out if you wanna do an @AmongUsGame collab, we have a few cool ones in the works! ?

We didn’t patent the Among Us mechanics. I don’t think that leads to a healthy game industry. Is it really that hard to put 10% more effort into putting your own spin on it though?

Buried in Fortnite patch notes for v18.20, this overdue mention was revealed alongside the new Role Bias feature, which increases the likelihood of being chosen for a specific role, as well as open Voice Chat, a feature that still has yet to arrive in Among Us. “Communication will be split between players who are and aren’t eliminated, while mixing both the diligent Agents and wily Impostors together,” the post mentioned. “Those who prefer no voice communication can select an Impostors playlist with only Quick Chat enabled.”

While Imposters mode isn’t 100% a carbon copy, the fact that the crossover-happy Epic Games decided to instead “take inspiration” and bypass the opportunity for an Among Us collaboration more-or-less comes off as a snub against the popular Innersloth title. Though it took several weeks to do so, it’s still good to see Fortnite officially credit Among Us for its Imposters mode. Perhaps this recognition might result in an actual partnership with Innersloth down the line because demand is certainly there for some realized Crewmate cosmetics.

What do you think? Are you glad to see Fortnite acknowledge its Among Us inspirations, or do you just want your battle royale Crewmate skin already? Let us know in the comments below and be sure to follow Don’t Feed the Gamers on Twitter and Facebook to be informed of the latest gaming and entertainment news 24 hours a day!​