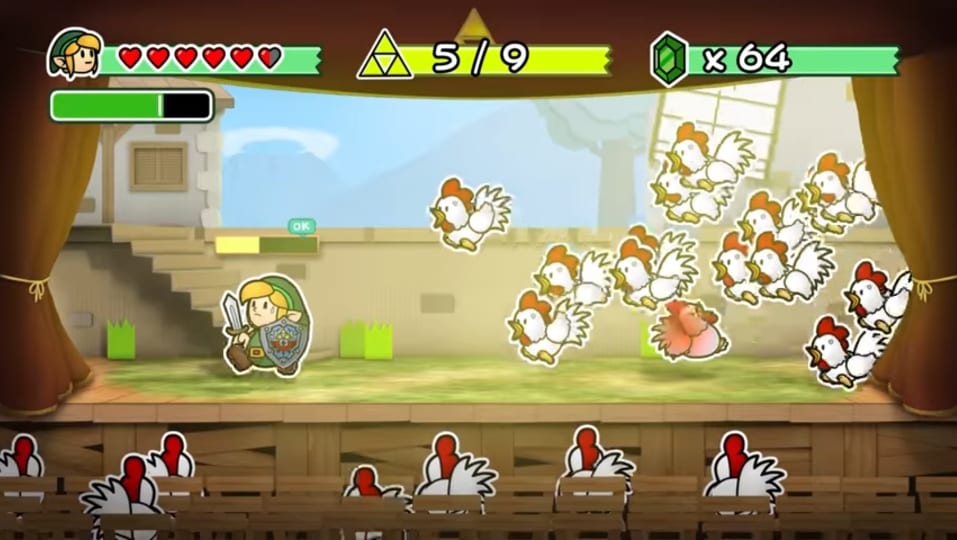 With players eager for more announcements of video games to be released soon to have games to help bide time during the coronavirus quarantine or to look forward to after, any new game announcements or leaks have been welcome news for gamers lately. Some of the most curious ones for Nintendo fans recently were the rumors that several classic Super Mario games would be ported to the Nintendo Switch soon, as well as a potential new Paper Mario game. The RPG spinoff series of Mario has been a fan-favorite for years, and now an amazingly animated trailer imagines what a potential Paper Zelda game might look like.

64 Bits has shared their new Paper Zelda fan-made trailer on their official YouTube channel. The trailer closely matches the Paper Mario art style and gameplay structure to envision the kingdom of Hyrule as paper crafts. Link can be seen fighting a Cucco in turn-based combat on a stage, just like Mario does in Paper Mario: The Thousand Year Door. In true fashion, once the Cucco is attacked, the audience section fills up with reinforcement Cuccos. 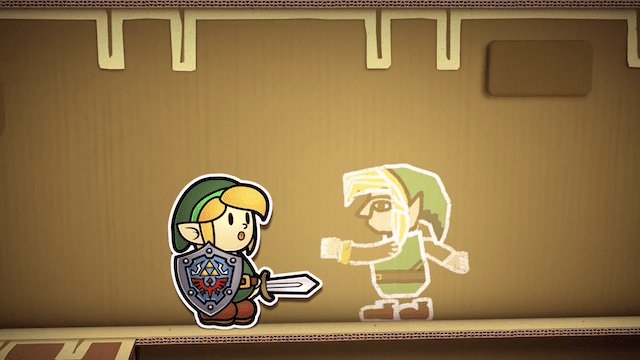 The trailer also shows Link interacting with characters from specific Zelda games, implying that this game would across numerous points in the Zelda timeline/multi-verse. Seeing Paper versions of The Minish Cap, The Moon from Majora’s Mask and The Crimson Loftwing from Skyward Sword are absolute sights to see. The trailer ends with Link and Zelda teaming up to fight Ganondorf a la the Wind Waker final boss fight, and leads to a recreation of the Ocarina of Time main menu animation. This is such a lovingly animated trailer to witness, and we hope to see a Paper Zelda become a reality some day.

What do you guys think about this fan-made Paper Zelda trailer? Let us know in the comments below! Be sure to stay tuned for the latest Nintendo news, such as the Super Mario content that Nintendo ordered that Sony remove from Dreams on PS4, here on Don’t Feed the Gamers! Follow us on Twitter to see our updates the minute they go live!