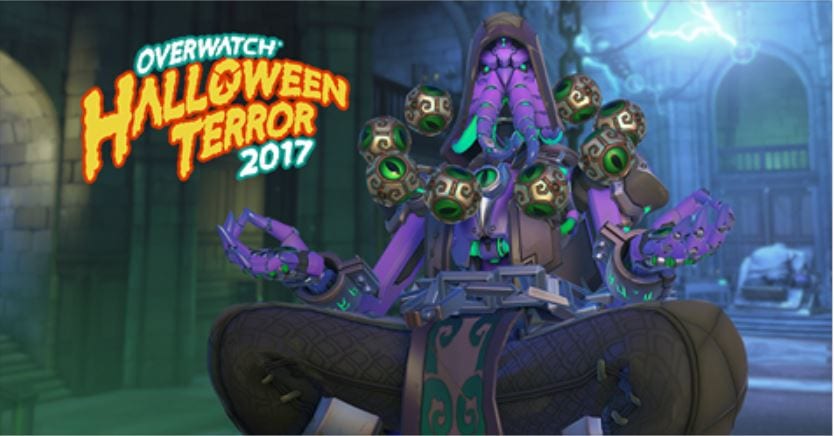 The Overwatch Halloween event is rapidly approaching and with all events related to the title, fans are excited to see what new unlocks will be featured. Last year’s event saw a variety of different skins that fans loved, including a spooky Reaper redesign and the ever popular Witch version of our favorite healer: Mercy. This year will be no different from what we could tell in the teaser featured earlier this week. New Overwatch Halloween skins have been leaked for the 2017 event and they look great!

As seen in the previously mentioned teaser, Reaper is seen donning a Dracula attire while McCree is dressed up as Van Helsing. However, from the images leaked, we see three new Overwatch Halloween skins. First, Mei is seen adorning an outfit reminiscent of a Chinese “hopping” vampire known as a Jiangshi. Symmetra brings out her wild side as she embodies the supernatural creature known as the Ifrit, though it does look a lot like a Zerg from Blizzard’s Starcraft series. Finally, Zenyatta is seen rocking a Cthulu-based skin. Check them out for yourself below:

The skins appear to be well crafted with a lot of detail. Players will have to work hard during the event to unlock all of the exclusive Halloween content, including redesigns, poses, and timely sprays. There will likely be an arcade game mode to help unlock the different skins through loot boxes awarded for winning. For those that  missed the teaser for the impending Overwatch Halloween Terror event, here it is from their official Twitter:

The nights grow cold
And monsters appear
A great evil gathers
And Halloween draws near… pic.twitter.com/98CXWqQ0gc

Overwatch Halloween Terror 2017 starts on October 10th for PC, Xbox One, and PlayStation 4.

What did you think about the new Overwatch Halloween skins? Who would you like to see get a new event-based makeover? Sound off with your thoughts about the upcoming event and more in the comment section below, and don’t forget to check out DFTG on Twitter for gaming and entertainment news live 24/7! 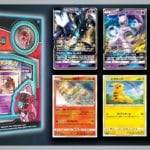 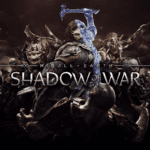